Neeraj Chopra wins first Gold Since Tokyo Olympics: Makes a throw of 86.89 metres to become champion, his foot had slipped on the third try

The gold medalist in Tokyo Olympics and India's star athlete Neeraj Chopra wins gold at the Kuortane games in Finland. 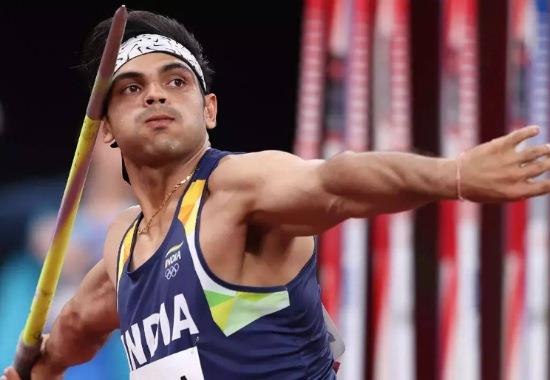 The gold medalist in Tokyo Olympics and India's star athlete Neeraj Chopra wins gold at the Kuortane games in Finland. He won the gold with an 86.89-metre throw which no other player could even touch.
First gold since Tokyo Olympics
This was Neeraj's first gold since the Tokyo Olympics. He won it under trying conditions. Due to rain, the field was wet and slippery, Neeraj experienced it firsthand when his foot slipped on the third attempt. This led to his attempt being discounted.
However, Neeraj had already sealed his win with an 86.89-metre throw on the first attempt. Neeraj recently created the national record by throwing a record 89.30-metres at the Paavo Nurmi Games.
Neeraj's sights are now set on the world championship and Commonwealth games
Read more:
Naomi Osaka withdraws from Wimbledon due to Achilles injury
Neeraj now aims to win a medal at the world championship taking place between July 15-24. He also aims to win at the Commonwealth games.
Click to see what the Athletics Federation of India tweeted.