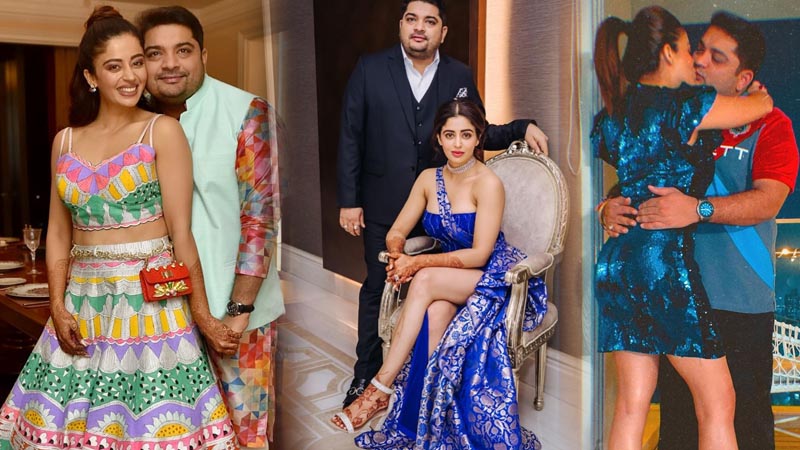 Television actress and former Bigg Boss 12 contestant Neha Pendse got married to Shardul Bayas in a traditional wedding ceremony in Pune. The couple threw a grand reception on January 6 for their family and friends.

Neha Pendse looked drop-dead gorgeous in royal blue brocade dress with a thigh-high slit. The actress took to Instagram today to share her wedding reception pictures. She captioned them, Unless commitment is made, there are only promises and hopes. Thank u @officialswapnilshinde for customising this beauty for me.

Get the latest update about Trending News, check out more about Who is Neha Pendse, Television News, English News & True Scoop News