The story depicts the black side of human trafficking where the human body organs are transplanted illegally. 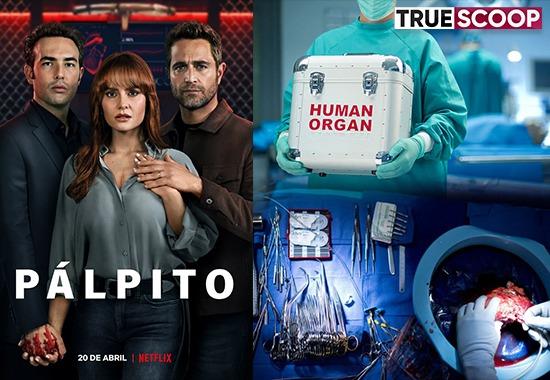 The illegal trade of human organs generates billions of dollars for the people who are masters at it. The consequences of such events have to be faced by the vulnerable population like the uneducated, homeless and migrants. Based on this concept only, the new thriller series premiered on Netflix ‘Palpito’ also known as ‘The Marked Heart’. The web series was written by Leonardo Padron and Camilo Vega as director. The dynamic actors who are a part of this series are Michael Brown, Ana Lucia Dominguez, Margarita Munoz and Sebastian Martinez.
The story depicts the black side of human trafficking where the human body organs are transplanted illegally. It showcases a man who is all set to take revenge on the people who deliberately killed his wife and transplanted her heart into another body. While the man is on his path of revenge, things start unfolding for him. He gets into the dark world of ‘Organ Trafficking’.
A report says that 10% of human trafficking which is done worldwide is illegal and the motto behind it is profit. The same is highlighted in the web series. The powerful individuals try to overpower the ones who are innocent and lack insufficient power. The situation gets complicated for the man when he falls in love with the same girl he has been looking for. This is a mystery for which the audience has to invest some time watching the thriller web series.
The full power-packed web series also gives a message that how organ trafficking is present in every part of the world. Even though International Labor Organizations (ILO) has arrested many victims in these kinds of cases. Still, this illegal business is running in different parts of the world. Well, what happens, in the end, let it be suspicious and take out some time to watch this new mystery thriller web series
Also Read: 'The Kashmir Files' to bow down on OTT on May 13
Why this web series is worth watching:
• It is creating awareness against ‘Organ Trafficking’
• It showcases the dark side of transplantation, even this can be dangerous
• Suspense on every turn of the episode
• How smuggling deals are done and even strategies are made
• Find out whether the man was successful in taking revenge or not?