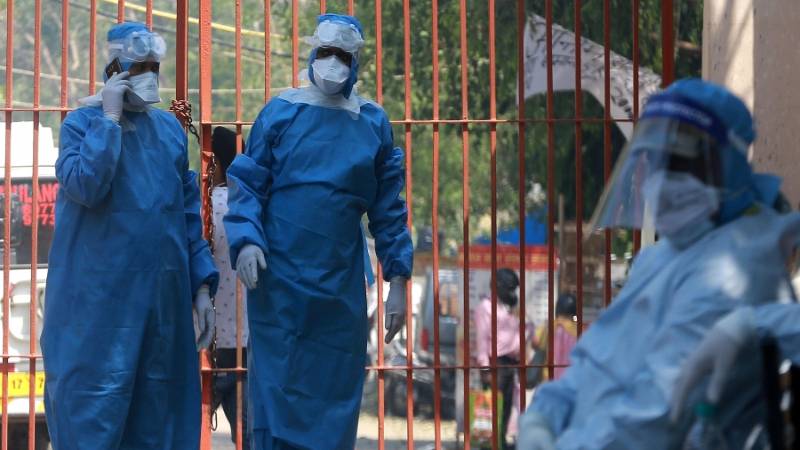 Punjab's battle against coronavirus is not unknown, in less than a week, the recovery rate of COVID-19 patients observed a sharp improvement from 15.7 per cent to 89.4 per cent on May 20.
With this, Punjab, which falls under the category of the top 10 states with the most number of cases, improved its position from being one of the states with worst recovery rate to the state with the best recovery rate.
Also, on Wednesday, Punjab reported only three new cases, and doubling rate of cases now stands at 100 days against the national doubling period of 14 days, which showcases a pattern of flattening of the curve.
Punjab CM Capt Amarinder Singh, on Thursday, shared this commendable improvement news with the people of Punjab on twitter on and wrote, "In the fight against #Covid19, Punjab’s recovery rate now stands at 89 per cent with only 211 active cases. Wish them all a speedy recovery. Our doubling rate of cases has improved to 100 days. But Please follow full precautions to ensure that our hard work isn’t frittered away."
As of May 15, Punjab had a total of 1,932 cases, out of which 305 had recovered and 1,595 were active cases. By May 20, there was a complete turnaround with 1,794 patients recovering and merely 173 active cases under treatment out of total 2,005 cases.
Thanks to the new discharge policy of Centre which directed to discharge asymptomatic positive cases and self isolate them at home. According to Dr Rajesh Bhaskar, Punjab's nodal officer for COVID-19, all positive patients who had completed isolation in dedicated facilities for seven days and were asymptomatic for the next three days were sent home for self-isolation.
This major turnaround has also happened due to the pilgrims who had returned from the Nanded shrine. It were the pilgrims who led to a sharp spike in the number of COVID-19 cases in the month of April. Out of 4,218 pilgrims who were tested, 1,252 returned positive, accounting for around 62 per cent of the cases reported in Punjab so far. All the returnees were isolated, which led to the improvement of the recovery rate as they were discharged under the new policy.
Following the new discharge policy, they were discharged en masse after they were found to be meeting the criteria to be sent home. Around 100 labourers who came from other states also fulfilled the requirements and were sent for home isolation, said Dr Bhaskar, adding that remaining approved for self-isolation at home were mixed cases.
Also Read: Punjab achieves 78% recovery rate, overtakes Kerala in recovery rate as well as testing rate
Those who have been discharged for being asymptomatic, Punjab government is getting an undertaking signed from each patient that in case he/she violates norms of self-isolation, a case would be registered against him/her under Epidemic Diseases Act. Every such patient needed to download COVA app, which monitors their location. They all have to ensure that Wi-Fi is on at their place round the clock so that any deviation in their movement could be noticed.
As per Dr Bhaskar, sometimes there are "little fluctuations in the location." "The moment any fluctuation is observed, the rapid response teams dealing with Covid-19 reach the house of any such person," he added.
Punjab has currently 369 rapid response teams, comprising multi-purpose health workers (MPHWs), auxiliary nurse midwives (ANMs), accredited social health activists (ASHAs), pharmacy officers, staff nurses and even medical officers.
Dr Bhaskar further added that if anyone sent home for self-isolation does not show any symptoms for a week and remains asymptomatic, he or she is then "free to move around."
Under the previous discharge policy, the patients needed to spend 14-days in isolation facility and if found asymptomatic, he or she was tested for coronavirus. If the report returned negative, another test was conducted 24 hours later. Only after both, the tests returned negative was a patient declared fully recovered.
Districts like Ferozepur, Moga, SAS Nagar (Mohali) have now become coronavirus-free. COVID-19 hotspots like Mohali, which once had the maximum number of cases in the state, has been declared free of the coronavirus infection, with no active cases at the moment. In Mohali, 105 cases were reported, out of which three died and 102 recovered and have been successfully discharged. However, health officials have warned people against assuming that the virus has been fully contained and eradicated from the district.
Health Minister Balbir Singh Sidhu said that although no cases of COVID-19 has recently been reported in these districts, for now, the fight against the pandemic is not over. Sidhu said that the state government has managed to contain the spread of the deadly disease to a great extent, but the fight will continue till a specific treatment for the disease is available.
So far, Punjab has recorded 2028 positive cases out of which 170 are active. 39 people have succumbed to this contagious disease, whereas, 1819 patients have recovered.
Coronavirus Outbreak Punjab COVID19 Punjab Recovery Rate Improved Doubling Rate is 100 Days Three Districts Become Corona Free Top Regional News English News True Scoop