Suraj Patel, former Obama staffer (as written on his bio), recently took to his Instagram and shared a video of his brother's baraat he attended in New York Author : Ujjwal Samrat 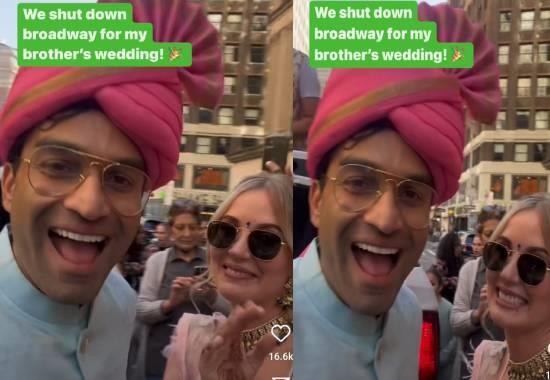 Indian weddings are quite a huge affair and people around the world have always expressed their wish to attend at least one such marriage in their lifetime. Recently, in New York, USA, Americans witnessed a typical Indian Baraat. While long wedding processions are very commonly spotted in India, finding one in the US or any part of the world is not that easy. However, an Indian American family actually took out a Baraat procession on the New York streets and shared the video on social media. Ever since then, New York Baraat Video has been going viral on social media.

Suraj Patel, former Obama staffer (as written on his bio), recently took to his Instagram and shared a video of his brother's baraat he attended in New York. Sharing the video, Suraj Patel wrote, "My heart is so full, for my family to have all been here for such an incredible occasion for my brother’s wedding, so much love and energy on the streets of NYC." In the video, Patel also wrote, "We shut down broadway for my brother's wedding." After Patel shared the video on his Instagram, the video went viral which shows several Indian Americans dressed in traditional attire dancing on New York street.