Superb fifties by openers Babar Azam and Mohammad Rizwan and another clinical performance by their bowlers helped Pakistan outclass Namibia by 45 runs in a Group 2 match in the Super 12 stage of the ICC Men's T20 World Cup here on Tuesday. 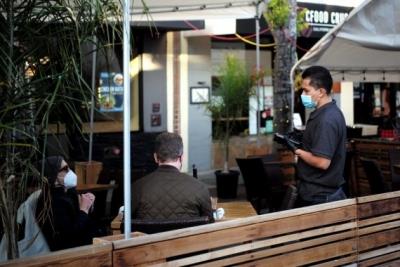 New Zealand reported 100 new Delta variant cases of Covid-19 in the community on Wednesday, bringing the total number of confirmed cases in the country's community outbreak to 3,733.

Among the new infections, 97 were recorded in the largest city of Auckland, and three in nearby Waikato, Director-General of Health Ashley Bloomfield told a press conference.

Fifty-eight patients are being treated in hospitals, including three in intensive care units or high dependency units, Bloomfield said.

There are 3,131 cases that have been clearly epidemiologically linked to another case or a sub-cluster, and a further 441 cases for which links are yet to be fully established, he added.

The total number of confirmed Covid-19 cases in New Zealand stands at 6,471 currently, according to the Health Ministry.

There were 28,921 doses of the Covid-19 vaccines administered on Tuesday, including 7,574 first ones and 21,347 second doses. Till date, 88 per cent of New Zealanders have had their first dose and 76 per cent are fully vaccinated, Bloomfield said.

The country's goal is to reach 90 per cent of people who have had their first dose before the government starts further lowering alert levels and adopting the new "traffic light" alert system.