The National Investigation Agency (NIA) on Friday said that they have lodged a fresh case against the Sikhs For Justice (SFJ) member Jaswinder Singh Multani and other Khalistani operatives. 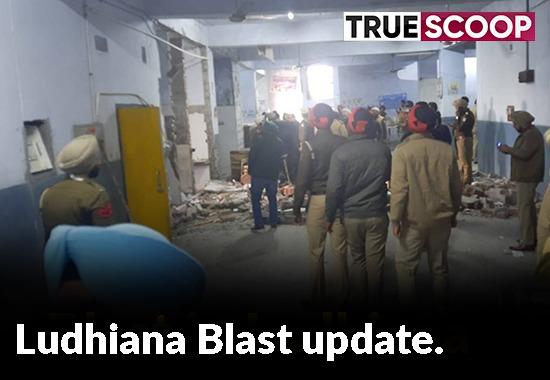 The National Investigation Agency (NIA) on Friday said that they have lodged a fresh case against the Sikhs For Justice (SFJ) member Jaswinder Singh Multani and other Khalistani operatives.
The NIA, however, clarified that the Ludhiana court blast case was being investigated by the Punjab Police and they (NIA) have lodged a fresh case against the Khalistani elements.
"We have registered a case against the Khalistani elements, including Multani. We haven't taken over the Ludhiana Blast case as of now. This case is lodged on the basis of input," NIA official told IANS.
A source said that a team of elite NIA officials was formed to look into the matter. The team is likely to travel to Germany in the first week of 2022.
Jaswinder Singh Multani was detained at Berlin by the German authorities following an input by the Indian intelligence agencies.
"We have information that Multani is spreading terror activities across India and in Punjab. He is recruiting people for terror activities. ISI is funding him to create riot-like situations across India. On this information we collected evidence and lodged a case," said an NIA official.
The official said that the case was lodged under Unlawful Activities Prevention Act (UAPA) read with relevant sections of IPC.
Jaswinder Singh Multani's name cropped up during the course of investigation in the Ludhiana court blast case in which a former Punjab Police Head Constable Gagandedp was killed and six were injured. It was learnt that Gagandeep was in touch with Multani through a handler.
The NIA has confirmed to IANS that they have not lodged any case related to Ludhiana court blast, but a separate case against Multani and few Khalistani elements has been filed.
Further probe in the matter is on.