The NIA had been mulling action against big gangsters like Bishnoi, Kapil Sangwan and Neeraj Bawana and their aides. Author : Ujjwal Samrat 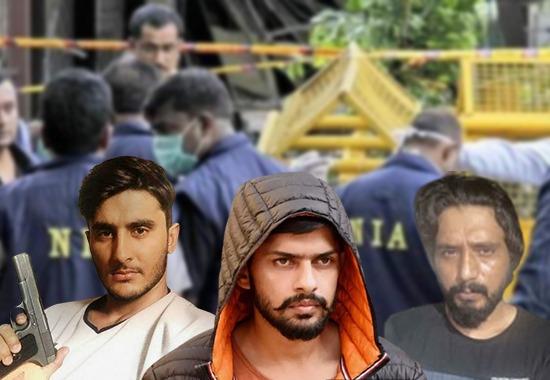 The National Investigation Agency (NIA) was conducting raids at 60 locations across India at the premises belonging to gangsters Lawrence Bishnoi, Kala Jathedi, Bambaiya and Kaushal Chaudhary in connection with the latest cases lodged against them.

The raids started early Monday morning. The NIA officials were tight-lipped when contacted.

The NIA had been mulling action against big gangsters like Bishnoi, Kapil Sangwan and Neeraj Bawana and their aides. The Union Home Ministry had asked the NIA to uproot their entire network as they were involved in targeted killings and were acting like terrorists.

Recently the NIA had prepared a dossier and took permission from the home ministry to initiate action against these gangs. The gangsters of Delhi, Punjab, Haryana, Rajasthan and Uttar Pradesh were on the radar of the NIA since then.

"They are involved in target killings and are persuading the youths to join their gangs," NIA source said while quoting the dossier.

The NIA had planned to uproot the entire networks of the NCR-based gangsters. There were names of around ten to twelve gangsters in the NIA list against whom action was decided.

Earlier, the Special Cell and state police were looking after their cases to uproot them. Now the NIA has started looking into these cases.

Neeraj Bawana and Lawrence Bishnoi are arch rivals in the crime world. After the killing of Punjabi singer Sidhu Singh Moosewala, Bawana had said that they would retaliate.

The gangsters operating gangs in the national capital have apparently formed two 'Mahagathbandhans' to run their crime syndicates smoothly. They are trying to set up a pan India network.

The Mahagathbandhan of gangsters has created havoc in many states and they are also indulging in gang wars. The Home Ministry was keeping an eye on their activities after which meetings were held in New Delhi with the Special Cell, NIA officials and IB officers. It was decided that the gangs were acting like terrorist organisations. Union Home Minister Amit Shah was not happy and reportedly directed the NIA to look into the issue and if possible lodge fresh cases to stop their activities. After getting a nod, the NIA geared up to uproot the networks of these gangsters.