The four were hanged simultaneously at 5:30 am, more than seven years after the brutal gang-rape and murder of a 23-year-old student that prompted nationwide protests. 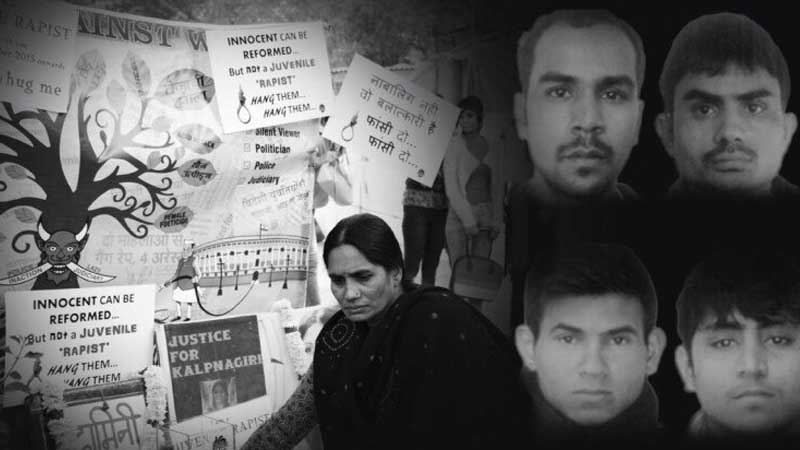 'It is never too late', the saying seems to contradict with 'Justice Delayed Justice Denied', however the hanging of four rape and murder convicts give a sense of relief to every Indian especially women who stand for justice.

However, justice served to Nirbhaya took 7 years. Here is the timeline of how it occurred:

December 16: Nirbhaya and her male friend board a bus from Delhi's Munerka bus stand. Six men, including a juvenile, thrashed the male friend and gang-raped the victim on the moving bus before throwing both of them out near Aerocity.

December 29: Nirbhaya fights to fatal internal injuries caused as a result of the rape

September 1: Juvenile Justice Board (JJB) sends the juvenile to a correction home for three years

December 15: Vinay and Pawan move SC for review of its verdict

December 19: Delhi HC dismisses plea of Pawan claiming he was a juvenile at the time of the offence

January 25: Mukesh moves SC against the rejection of mercy plea

February 5: Delhi HC dismisses Centre's plea against the trial court order, says all four convicts have to be hanged together; it further directs the convicts to pursue all legal remedies within a week, failing which the authorities ordered to take action in accordance with law; President rejects mercy petition of Akshay

March 2: SC dismisses PIL seeking direction on organ donation by the four death row convicts; Patiala House court dismisses plea by convicts for a stay on death warrant; Pawan files mercy plea after the rejection of the curative petition by SC a day before scheduled hanging

March 17: Akshay writes a second mercy plea to the President after the first was rejected; trial court dismisses Mukesh's plea seeking quashing of the death penalty

March 19: Supreme Court dismisses the petition of death row convict Pawan against the rejection of his mercy plea by the President and seeking a stay on execution; Delhi High Court dismisses plea challenging lower court's refusal to stay death warrants