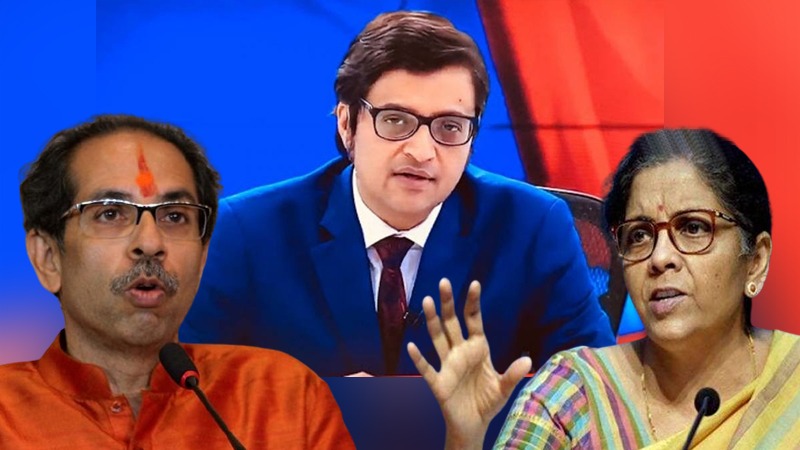 A huge uproar and turmoil created in Mumbai after the Mumbai Police on Friday lodged an FIR against the entire Editorial team of the Republic media network. The Mumbai police on Friday registered a non-bailable FIR against the entire Republic TV network editorial team for airing reports amounting to "incitement of disaffection among the members of the force and defaming the Mumbai police".

The FIR has been filed at NM Joshi Marg police station under section 3(1) of the Police (Incitement to Disaffection) Act, 1922, along with IPC section 500 (defamation) on a complaint by sub-inspector Shashikant Pawar of the Special Branch, he said.

Going by the reports of the Republic, the FIR on the entire Editorial team means FIR against entire Republic employees i.e. 1000 journalists at once. Responding to it, Union Finance Minister Nirmala Sitharaman expressed her concern over decreasing freedom of the press in Maharashtra.

Sitharaman was quoted by Republic who said, "Communist parties and parties the Congress support are the same, they do not take action on those who insult the PM and the Home Minister, but they are filing FIR against 1000 employees. In India they are pressurizing Freedom of Expression, it is like an Emergency situation in Maharashtra. In places where BJP is in power, there is no problem with freedom of expression. Congress' DNA can go to any length to harm the freedom of expression."