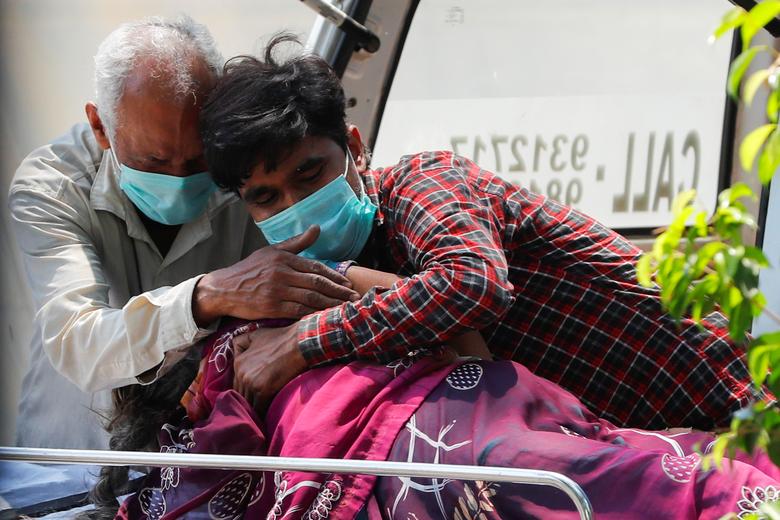 The reality of patients distraught and helpless, languishing on streets and waiting for life-saving medical equipment does not lie.

It is now beyond a shadow of doubt that India’s health system has failed in its responsibility to cater to the people.

Also, the lack of concern and haste in setting things right by those in power indicate the value they assign to human life.

The situation is so dire that common people – waiting for oxygen, waiting for medicines, waiting for doctor – are breathing their last on the streets.

The public claimed that they are being told that there are no beds available.

An angry young man challenges the government as to the availability of beds. He is furious that empty numbers in a government press release mean nothing, and requests those concerned to come visit and see the ground reality for themselves.

Another heartbroken man showed a letter where the doctor basically said “pick your patient and disappear from here.”

Hospital after hospital is being claimed to be ignoring patients, asking them to go elsewhere.

The genuine concerns of the individuals, their helplessness against the cruel pandemic and an apathetic government is moving.

The tears of these women and men, as they point to their ailing family member outside the hospitals, do not lie.

The situation is not isolated to any particular state, Dear Mr Modi, this is happening all over India.

This is not all. To add insult to injury, an instance of about 50 well-equipped beds with ventilators and other equipment is lying vacant in Bettiah, Bihar has been reported. The hospital administration claims that the ventilators are not working.

Another situation that is cropping up is lack of skilled technicians who can operate ventilator machines.

Get the latest update about India health system breaks down, check out more about waiting for doctor, No country for patients, cruel pandemic and an apathetic government & covid19