The veteran leader was speaking at the Jammu-leg of Bharat Jodo Yatra, in the series of allegations he accused BJP of spreading lies Author : Tushar Singh 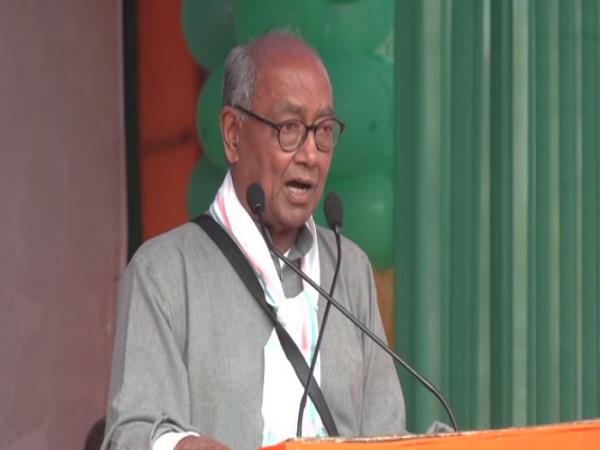 Senior Congress leader Digvijay Singh has again hit back at the Centre saying the BJP-led government hasn’t placed any reports on the 2016 surgical strike or Air Strike after the deadly Pulwama attack before the parliament to date.

The veteran leader was speaking at the Jammu-leg of Bharat Jodo Yatra, in the series of allegations he accused BJP of spreading lies.

The video of his speech has gone extremely viral inviting huge criticism from across the section of society, he can be heard saying, "40 of our CRPF jawans were martyred in Pulwama. CRPF officials had requested PM Modi that personnel should be airlifted, but PM Modi didn't agree. How did such a lapse take place? To date, no report on Pulwama was placed before Parliament.”

Furthermore, he said "They claimed a surgical strike was carried out but didn't show proof. They only spread lies,"

Ahead of #RepublicDay , Congress leader Digvijay Singh again insults #IndianArmy. Questions surgical strike, said- it was claimed to killed many Pakistani terrorists in the surgical strike, but haven't given a single proof till today... pic.twitter.com/Dc4JF1tsHG

The surgical strike about which Digvijay Singh and other Congress leaders have asked proof for before was carried out 10 days after a group of terrorists rocked the Indian Army with an attack on the 12 Brigade headquarters in Uri, Jammu and Kashmir leading to the death of 18 soldiers.

The statement comes a day after the senior Congress leader claimed terrorism was still alive in the valley despite the abrogation of Article 370.

While talking to a group of reporters on Sunday, Singh said, “First of all, we condemn the terror attacks in Dhangri in Rajouri and Narwal in Jammu.

The situation in J-K is not what is being propagated after the abrogation of Article 370. Targeted and selective killings and bomb blasts have started once again.”

Digvijay Singh has been accompanied by K C Venugopal, Jairam Ramesh, J-K Congress chief Vikar Rasool Wani, his predecessor GA Mir, working president Raman Bhalla and former minister Tariq Hamid Karra in the Bharat Jodo Yatra on its 129th day which is at Jammu today. Rahul Gandhi will be hoisting the national flag at the party headquarter at the mega rally to mark the culmination of the march.