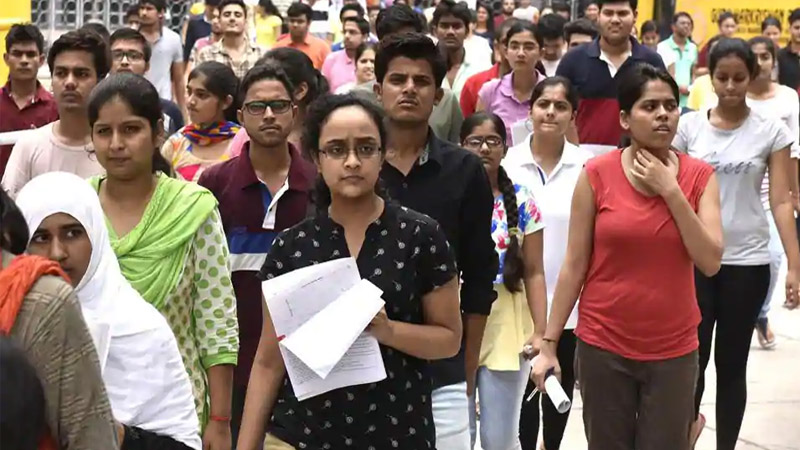 According to the reply to the query filed by Neemuch-based activist Chandra Shekhar Gaur, application fee for candidates aspiring for NEET 2020, is Rs 1,500 irrespective of the gender, while in IIT-JEE Mains, application fees for B.E./B.Tech or B.Arch or B.Planning is Rs 650 for boys and Rs 325 for girls under general category and Rs 325 for both boys and girls under SC/ST/PWD and Transgender categories.

However, according to the RTI response, there is a concession in NEET under general category for Economically weaker section (EWS), OBC-NCL (Other Backward Classes-Non Creamy Layer). For the entrance exam in India, students who wish to study undergraduate medical courses and dental courses in government or private medical colleges and dental colleges in India, have to pay Rs 1400. Fees for NEET applicants under categories -- SC/ST/PWD and Transgender is Rs 800.

The query also found that the agency which conducts both NEET and IIT-JEE Mains is the National Testing Agency (NTA) but it follows a different protocol when it comes to giving concessions to the women candidates for these two exams.

According to the RTI reply, 9,34,828 candidates have registered for the IIT-JEE for 2020 and totalling NEET candidates count is under process. The RTI sought reason for difference in provisions for women candidates for both the entrance exams.

In the response of the query, NTA replied that the role of the agency was limited only to conduct the entrance exams and declaring the results and its work is based on directions given by the Directorate General of Health Services, Ministry of Health and Family welfare and National Medical Commission for NEET.

For IIT JEE, the agency is responsible to conduct test and handover the results to Joint Seat Allocation Authority (JoSAA) and Central Seat Allocation Board. The NTA conducts Joint Entrance Exam as per the directions given by JEE Apex Board.

An NEET PG aspirant in Ujjain, Dr Pooja Verma, told IANS "Yes Rs 1,500 is huge. When the government can give concessions to women in application fees for other entrance exam, they must make provisions for giving concession in NEET too. I know many friends who could not give a second attempt to the NEET because they could not afford a second attempt."

Dr Priyanka Ratnakar, an MBBS final year student and NEET aspirant from Madhya Pradesh seconds the thought, saying "Sometimes it becomes difficult for women to go for a second attempt given that the application fees for NEET is too high as compared to IIT-JEE. Women candidates must be given fee concession in applying for NEET as given in many entrance tests. Women not only deal with the entrance exams pressure but there are other societal pressures too."

However, when IANS tried contacting NTA, no one responded.