'Not a clash, it's a big day, says Akshay Kumar as his movie 'Raksha Bandhan' clashes with Aamir's Laal Singh Chaddha

At the trailer launch event, Akshay talked to the media about this clash. He said it is not a clash, it is a big day. 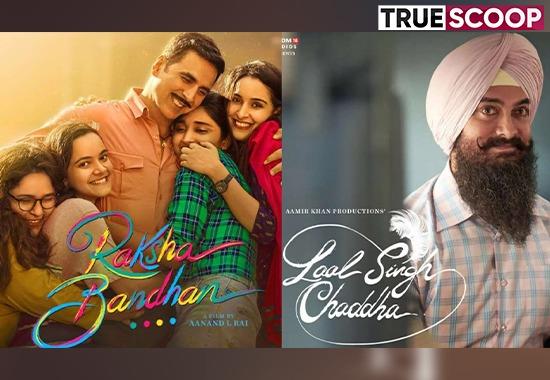 Raksha Bandhan vs Laal Singh Chaddha: The trailer of Akshay Kumar starrer Raksha Bandhan has been released. Along with this, the release date has also come out, the film will be released on August 11 i.e. on the day of Raksha Bandhan. Aamir Khan's Laal Singh Chaddha is also released on the same day. With this, it is believed that this is the biggest Bollywood clash of this year. At the trailer launch event, Akshay talked to the media about this clash. He said it is not a clash, it is a big day.
Hope both the films get good responses Responding to the question of a clash with Aamir's film, Akshay Kumar said, it is not a clash. Just two good movies coming together. It's a big day. Many films were not released due to COVID, while some are still waiting for release. It is natural that now more and more films will be released simultaneously. Hope both the films Raksha Bandhan and Laal Singh Chaddha get a good response.
The trailer of Aamir Khan and Kareena Kapoor starrer film Lal Singh Chaddha, a remake of Forrest Gump, was also released at the stadium on the day of the final match of the IPL. Along with this, the date of the film was announced on August 11. Naga Chaitanya will also be seen in an important role in this film. The film Laal Singh Chaddha is an official remake of the Hollywood film Forrest Gump. It featured Tom Hanks in the lead role.
Also Read: Meeting Akshay Kumar was overwhelming for actress Aparna Balamurali
Aanand L Rai is the director of Raksha Bandhan, the story of Raksha Bandhan, the story of a brother, on whose shoulders the responsibility of the marriage of his four sisters rests. Meanwhile, his girlfriend insists on getting married. The film is woven from this family fabric. In this, along with Akshay Kumar, Bhumi Pednekar, Sadia Khatib, Seema Pahwa, and Deepika Khanna will be seen in lead roles. The film has been directed by Aanand L Rai.