‘Not as political leader but have come as common devotee’: Arvind Kejriwal at Devi Talab temple

We all have equal responsibility to make Punjab, a ‘prosperous’ Punjab again: Arvind Kejriwal 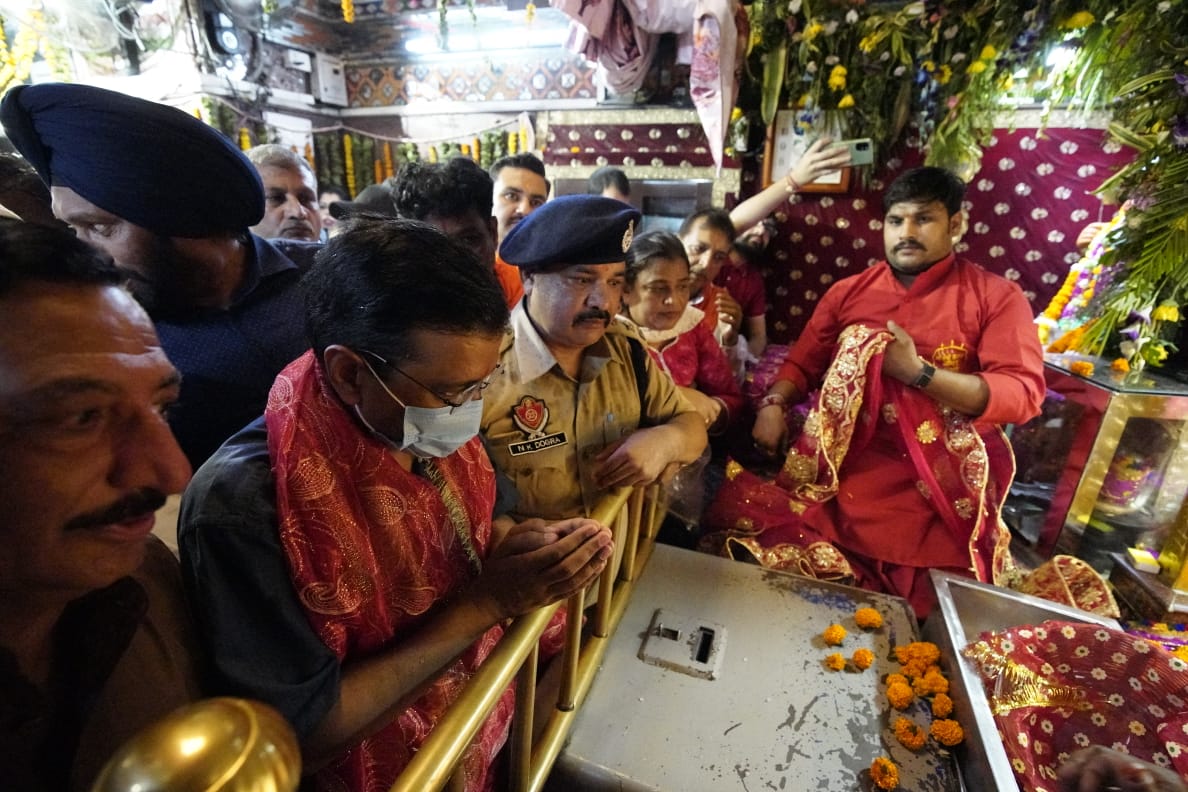 The Aam Aadmi Party (AAP) National Convener and Delhi Chief Minister Arvind Kejriwal on Tuesday paid obeisance at the world famous Devi Talab temple in Jalandhar on the auspicious occasion of Navratri. After reaching the temple, Arvind Kejriwal took blessings at Sri Tripurmalini Shakti Peeth and prayed for prosperity, peace, mutual harmony and further strengthening of communal harmony for Punjab and the country.

Addressing the devotees at Mata Rani's pandal during the Jagran, Arvind Kejriwal said that every wish is fulfilled at the feet of ‘Devi Maa’. Kejriwal said that he had come not as a political leader but as a common devotee to seek blessings of the goddess. He further prayed for peace and tranquility in the entire world and that Punjab and the country always remain in the ascendant. Kejriwal said it was the common responsibility of all of us to make Punjab prosperous and colorful again. Therefore, everyone should rise above the political boundaries and make their own contribution, he added.

It may be recalled that Arvind Kejriwal is on a two-day visit to Punjab. He arrived at Amritsar airport on Tuesday afternoon on a regular domestic flight. From there he first went to Sekhwan village in Batala and from there went straight to the Devi Talab temple in Jalandhar to pay obeisance. Kejriwal and other AAP leaders are staying in Jalandhar on Tuesday night.