Meta-owned WhatsApp on Friday introduced new features for group voice calls, like muting and messaging participants along with banner notifications while in a group call. 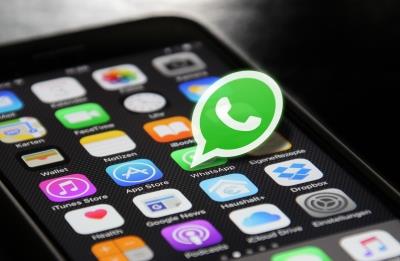 Meta-owned WhatsApp on Friday introduced new features for group voice calls, like muting and messaging participants along with banner notifications while in a group call. Now, when someone new joins a group voice call and is offscreen, you will see a banner notification saying, "X joined the call". "This way, you will know when a new person joins and who they are, even if you are on a big call and the person is not one of the names fixed on your screen," said the company.The users can now mute others on a group voice call. The feature will avoid listening to accidental background chatter while the users try to hear something another person is saying.  "You will also have the ability to message other participants while in a group call. So, if you need to quickly message just one person in the group, you can now seamlessly do so without missing out on the conversation," said WhatsApp.WhatsApp recently introduced the ability to have large group calls with up to 32 people.The updated version of WhatsApp also included a redesigned interface with a social audio layout, speaker highlight and waveforms.WhatsApp last month allowed groups on the platform to accommodate 512 people in a chat, to whom they can send files as heavy as 2GB with end-to-end encryption, and react to their messages with emojis.
Source IANS