Prof. (Dr) Mahapatra and neurosurgeon Dr Rama Chandra Deo said that this was a unique case. 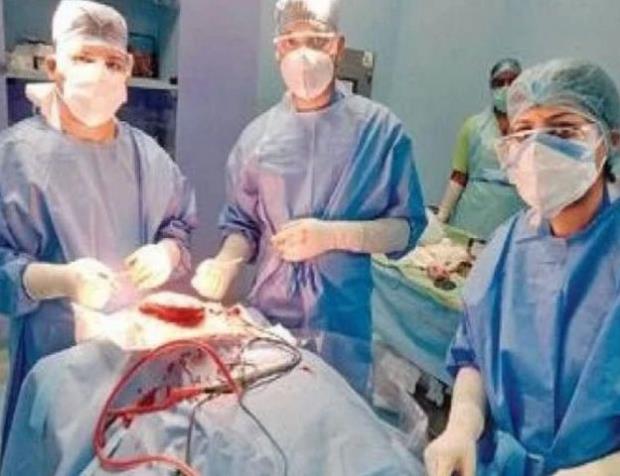 A baby was born in Odisha claimed to be World’s first baby with a bony tail in the thoracic region. Doctors operated on the baby to remove its tail. Prof. (Dr) Ashok Kumar Mahapatra, eminent neurosurgeon and Vice-Chancellor of SOA, conducted the surgery along with other neurosurgeons in a private hospital in Bhubaneshwar.
The human tail is a rare congenital condition and 195 such cases have been reported in the world so far but the true bony human tail is exceedingly rare. Till now 26 cases have been reported and all at the lower end of the spine in the Coccygeal region. However, this one was different as the bony tail was in the thoracic region.
Prof. (Dr) Mahapatra and neurosurgeon Dr. Rama Chandra Deo said that this was a unique case.
The surgery took place on November 25. The baby successfully underwent three surgeries in one sitting and is fine now.
Also read: 85-year-old claims to have 12-Covid jabs, wants more
To create more awareness about such cases it needs to be reported shared Neurosurgeon Dr. Soubhagya Panigrahi.
Most humans grow a tail in the womb, which disappears by eight weeks said the doctors.