Operation Lotus: Punjab CM Mann goes all gun blazing against BJP in special session; 'Asking MLAs rates but AAP is not on sale'

Mann also lashed out at Prime Minister Narendra Modi and Union Home Minister Amit Shah. Slamming PM Modi, Mann stated that he should come to the ground and not remain on the 'top of Laal Qila (Red Fort)' in order to understand the problem of the poor Author : Ujjwal Samrat 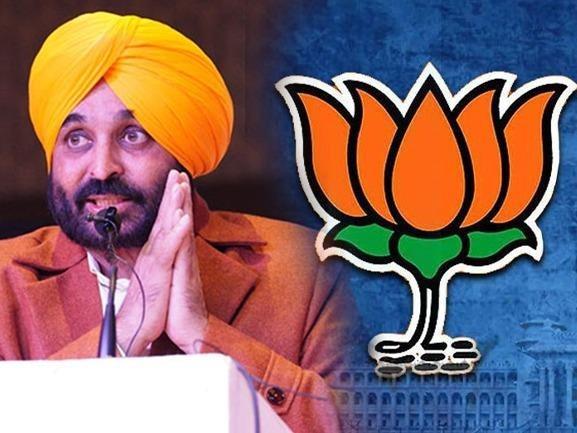 Addressing the Vidhan Sabha on Tuesday, CM Bhagwant Mann went all guns blazing against the Congress and the BJP. The confidence motion was tabled amidst massive uproar from the opposition and 'Murdabad' chants were hurled against the Speaker for allowing the Aam Aadmi Party to table it. Seeing this, CM Bhagwant Mann called Congress a 'B team of BJP' and lashed out at the leader of the opposition Pratap Bajwa. In his address, CM Mann stated that Congress has been exposed and their backing to the BJP shows that both of them are working together to stop the ruling government. Furthermore, Mann expressed his observation and cautioned Pratap Bajwa that 'Operation Lotus' would cause more damage to him and his party. Mann went on to accuse the Congress of supporting BJP's operation lotus 'under the leadership of Pratap Bajwa'.

Talking about 'Operation Lotus' in Punjab, Mann stated that AAP MLAs are being asked about their 'rates' over phone calls adding that 'AAP MLAs are not for sale'. Mann further said that AAP MLAs will not be sold as they have been chosen by the people. Punjab CM also revealed why he actually tabled a 'Trust Vote' in a Special Assembly dedicated to GST and stubble burning. "They tried to purchase our 'confidence' that's why we felt the need to introduce the confidence motion," said Bhagwant Mann addressing the assembly.

Mann also lashed out at Prime Minister Narendra Modi and Union Home Minister Amit Shah. Slamming PM Modi, Mann stated that he should come to the ground and not remain on the 'top of Laal Qila (Red Fort)' in order to understand the problem of the poor. 'Promising many big things from the top of the Red Fort every year, but come down to the ground and visit the home of the poor people which we and the Aam Aadmi Party do'.

Lashing out at the Union Home Minister Amit Shah, Mann took a dig over his Gujarat visit for the inauguration of a school. In fact, Mann dedicated a Ghalib Sher saying, "Hairat Hui tujhe school mein dekhkar, aiesa v kya hua tujhe schoolan yaad aa gayi". Mann stated that now the BJP has also started emulating the agenda of development after the success of AAP else they were only doing the politics of hate and religion.

'Discussion on Confidence motion on September 29'