With August now setting in, a brief look at what the OTT platforms are offering to their, viewers 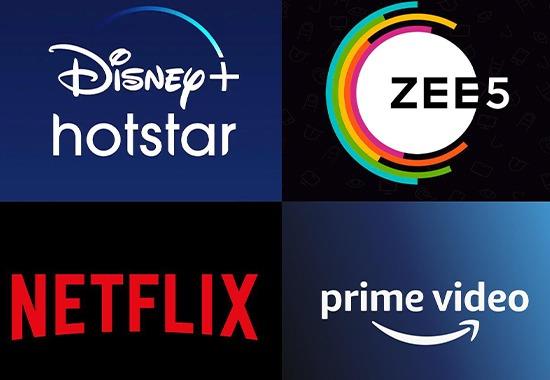 With the advent of OTT in the entertainment sphere, a lot has changed in the viewing pattern and watching behavior of people. It has become far easier for people to binge on their favorite shows and other content by sitting in their lounge. The competition has been evolving like never before and the OTT platforms present new content in the form of web series or movies every month to remain in the fray of the entertainment business.
With August now setting in, a brief look at what the OTT platforms are offering to their, viewers:
NETFLIX:
DARLINGS: Alia Bhatt will be taking over Netflix in a dark comedy Darlings. The film also stars Vijay Varma and Shefali Shah in lead roles. The movie is Alia’s maiden production.
SHABAASH MITHU: Taapsee Pannu-starrer Shaabash Mithu did not manage to pull the audience to the theatres. The film features the life of one of the most iconic female cricketers, Mithali Raj. It releases on Netflix on August 15.
Indian Matchmaking 2: Sima Taparia will be back with her matchmaking skills in Indian Matchmaking 2. The show revolves around Sima Taparia, a Mumbai-based matchmaker, who travels extensively around the world to help people find their true soulmates.
DELHI CRIME 2: Delhi Crime will be back with the second season on Netflix on August 26. The first season of the show was a massive hit.
ON ZEE5:
KHUDA HAAFIZ: CHAPTER 2: Khuda Haafiz: Chapter 2 stars Shivaleeka Oberoi and Vidyut Jammwal in the key roles. The film releases on August 8 on OTT. The story is the portrayal of a real-life incident, which prolongs how the story will go ahead where the first part ended.
RASHTRA KAVACH OM: Aditya Roy Kapur and Sanjana Sanghi's Rashtra Kavach Om will release on August 1. The film was not much acclaimed in theatres, however, the fortune might turn when it hits the digital spaces.
AMAZON PRIME VIDEO:
HIT: THE FIRST CASE: Rajkummar Rao and Sanya Malhotra's Hit: The First Case was released in theatres on July 15, 2022. The film will premiere on August 15 on Amazon Prime Video.
SHAMSHERA: Shamshera, starring Ranbir Kapoor, Vaani Kapoor, and Sanjay Dutt, released in theatres on July 22. The film, however, did not do much well in the theatres.
Disney + Hotstar:
Also Read: Ranveer Singh Nude Photoshoot: FIR filed for 'selling obscenity' & hurting 'Women's sentiments'
I AM GROOT: Directed by Ryan Little, the upcoming short series will showcase Baby Groot's adventures. Hollywood actors Vin Diesel and Bradley Cooper will lead their voices for the animated short series. "I Am Groot" will be a five-part short series. The series is all set to stream from August 10.
SHE HULK: "She-Hulk: Attorney at Law", which stars Tatiana Maslany in the title role, is a series that follows Jennifer Walters as she navigates the complicated life of a single. The series, which will also star Jameela Jamil, Ginger Gonzaga, Renee Elise Goldsberry, Tim Roth, Mark Ruffalo, and Benedict Wong, is set to debut on the OTT platform Disney+ Hotstar on August 17.
HOUSE OF THE DRAGONS: The much-anticipated Game of Thrones prequel, "House of the Dragon" is set years earlier in the same universe of George R.R. Martin's fantasy books. It depicts the glory days of the ancestors of popular "Thrones" characters, such as Daenerys Targaryen. The series will start streaming on Disney+ Hotstar from August 21.