OTT series to watch in June: A lot of movies and series to release on the OTT platform this month in June, which will entertain the audience. 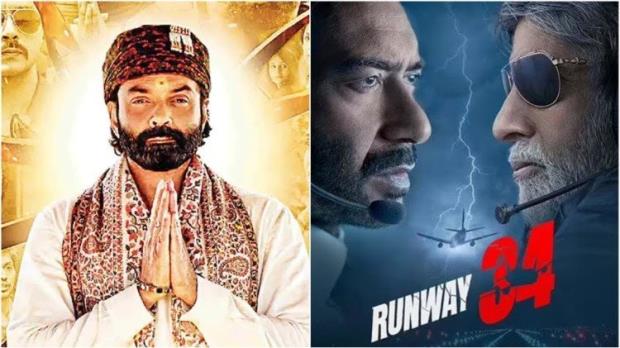 OTT series to watch in June: A lot of movies and series to come on the OTT platform this month in June, which will entertain the audience. At the same time, now a new month is going to start and people are also waiting for new films and series. OTT platform is a medium on which content is available in every language according to everyone's choice.
Every month many films and series are released on OTT for the audience. In such a situation, people can watch their favourite movies and series with family while sitting at home. In June also you will get a lot of entertainment on OTT. Let's see which movies and series are going to be released in June.
Ashram Season 3
Platform - MX Player
Release Date - June 3
Directed by Prakash Jha, Bobby Deol plays Baba Nirala in this series. Apart from these, Chandan Roy, Sanyal, Aditi Pohankar, Tridha Chaudhary and Esha Gupta are in the lead roles. Its story revolves around Baba Nirala, who is associated with faith and politics. The first two seasons of the series were well received by the audience.
Aashiqana
Platform - Disney Plus Hotstar
Release Date - June 6
The story of 'Aashiqana' revolves around a police inspector who is on the hunt for a serial killer. Meanwhile, a man encounters a woman with a heart-wrenching past. Murders are happening on one side, and on the other hand, these two starts coming closer. It stars Zayn Ibad Khan and Khushi Dubey in lead roles.
Also Read: Marathi OTT series 'RaanBaazaar' trailer exposes murky side of politics
Miss Marvel
Platform - Disney Plus Hotstar
Release Date - June 8
Iman Vellani will play the character of Miss Marvel in this MCU film. In the film, Miss Marvel aka Kamala Khan is a gamer whose dream is to become like Captain Marvel. Farhan Akhtar will also be seen in this film. The film will be released in English, Hindi, Tamil, Malayalam and Telugu languages.
Ardh
Platform - ZEE5
Release Date - June 10
'Ardh' is the story of a couple who move to Mumbai to act in films and serials. When Shiv (Rajpal Yadav) has trouble making a living in Mumbai, he pretends to be transgender with his wife (Rubina Dilaik). Directed by Palash Muchhal, the film stars Hiten Tejwani and Kulbhushan Kharbanda in the lead roles besides Rajpal Yadav and Rubina Dilaik.

The Broken News
Platform - Zee5
Release Date - June 10
This series is the story of two rival news channels, who show the truth, lies and struggles of the world of journalism. Sonali Bendra is making her OTT debut with this series. At the same time, Jaideep Ahlawat and Shriya Pilgaonkar are also in the lead roles in the series.