The Mumbai Police on Saturday slapped murder charges on a man from Uttar Pradesh for heinous rape and brutalization of a 34-year-old woman leading to her death and triggering a massive political uproar. 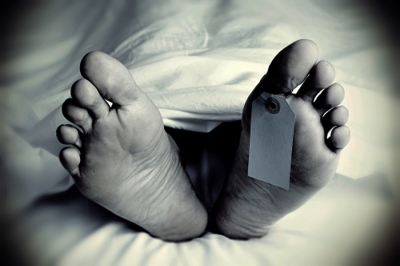 The Mumbai Police on Saturday slapped murder charges on a man from Uttar Pradesh for heinous rape and brutalization of a 34-year-old woman leading to her death and triggering a massive political uproar.

The 'Nirbhaya' type of incident came on the eve of the state's biggest public festival Ganeshotsav and occurred in a desolate locality of Sakinaka early morning of Friday, stunning people as details of the horror surfaced.

Chief Minister Uddhav Thackeray termed it as "a serious incident and disgrace to humanity" after it emerged that the accused had shoved iron rods into the victim's private part, culminating in her death due to excessive bleeding and damage to her vitals.

Leader of Opposition Devendra Fadnavis said the incident was both sad and shocking even as the Bharatiya Janata Party targeted the Maha Vikas Aghadi government for increase in serious crimes against women and children in the state.

Mumbai Police Commissioner Hemant Nagrale said a Special Investigation Team (SIT) headed by Assistance Commissioner of Police (Miss) Jyotsna Rasam has been formed to probe the matter within 30 days and the trial would be conducted before a fast-track special court.

The accused, identified as Mohan Chauhan, 45, a driver who hails from Jaunpur town in UP, but currently jobless, addicted to alcohol, and living on the streets doing odd jobs like rag-picking.

A Mumbai Court remanded him to police custody till September 21 with additional charges of murder invoked after the victim's death this afternoon, and the police are interrogating Chauhan's cousin brother and sister living nearby.

Recounting the sequence of events, Nagrale said the incident happened in an open tempo parked near the Rashid Compound off the Chandivali Studios in the early hours of Friday.

A local security guard called up the Mumbai Police Main Control Room about a man thrashing a woman and a team from Sakinaka Police Station rushed there 10 minutes later to find the battered and brutalised woman in a pool of blood.

"The police did not waste a moment and drove the same tempo to the Rajawadi Hospital (Ghatkopar). Her statement could not be recorded as she remained unconscious throughout, underwent a surgery, but succumbed this morning," said Nagrale.

Ruling out 'gang-rape', he said that the CCTV footage scanned by the police shows the presence of only the accused (Chauhan).

"The blood-stained clothes of the accused have been seized and sent for analysis. As far as the cause or the motive behind the crime is concerned, it will be known only after the detailed investigation," Nagrale added.

"It's a tragic end. She had suffered very severe internal injuries and has passed away," Shiv Sena MLC Dr Manisha Kayande told IANS shortly after the victim succumbed.

She said the victim has two minor daughters and appealed to Chief Minister Uddhav Thackeray to consider compensation for them under the government schemes for women.

The incident, which took place early on Friday morning, sparked outrage all over the state with the National Commission for Women taking note on Saturday.

Sena leader Kishore Tiwari, accorded a MoS status, said that while the CM has already ordered the case to a fast-track court, lauded the police for its crack operation which helped nab the accused within hours as he was attempting to flee from the state.

Deputy Chairperson of Maharashtra Legislative Council Dr Neelam Gorhe, activists like Bhumata Ranragini Brigade President Trupti Desai, Chitra Wagh, Preeti Sharma-Menon, and other women political leaders condemned the incident and demanded to know the status of the Shakti Act that is due to be implemented in the state.

The National Commission for Women Chairperson Rekha Sharma took strong cognizance and has written to the state government on the incident, even as Home Minister Dilip Walse-Patil assured that the accused would be given the most stringent punishment.