Over 22% turnout in Sangrur bypoll till 1 pm

Amid the opposition heat over deteriorating law and order situation and the killing of famed singer Sidhu Moosewala, 22.21 per cent voter turnout was recorded in the Sangrur Lok Sabha bypoll, the stronghold of Punjab ruling AAP, till 1 p.m. 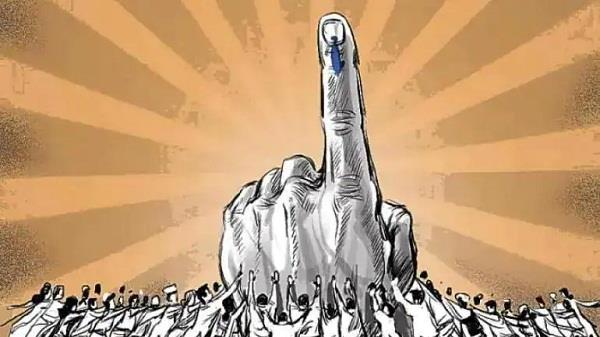 Amid the opposition heat over the deteriorating law and order situation and the killing of famed singer Sidhu Moosewala, 22.21 percent voter turnout was recorded in the Sangrur Lok Sabha by-poll, the stronghold of Punjab ruling AAP, till 1 p.m.
The casting of votes began on Thursday morning and will continue till 6 p.m. The counting of ballots will take place on June 26.
A total of 15,69,240 voters will be exercising their franchise at 1,766 polling booths of which 296 are vulnerable.
The bypoll for AAP-stronghold Sangrur was necessitated following the resignation of Bhagwant Mann, who won the Assembly election in February from Dhuri constituency, and became the Chief Minister.
The AAP has fielded Mann's confidant Gurmail Singh, 38, while death row convict Balwant Singh Rajoana's foster sister Kamaldeep Kaur, 44, is in the fray on the Shiromani Akali Dal (SAD) ticket.
The other key contenders are BJP's Kewal Dhillon, 72, and Dalvir Singh Goldy, 40, of the Congress. Both are former legislators.
Mann had won his first election as Sangrur MP in 2014 with a record margin of over 2.10 lakh votes defeating SAD candidate Sukhdev Singh Dhindsa.
In 2019, Mann was the lone AAP MP in Parliament and he had defeated the then Congress candidate Kewal Singh Dhillon by more than 1.1 lakh votes.
In the 2022 Assembly elections, AAP recorded a thumping win by claiming 92 of the Assembly's 117 seats. The ruling Congress won 18, down from 77 in 2017.
All the nine Vidhan Sabha constituencies coming under the Sangrur parliamentary seat were won by AAP MLAs with a record mandate.