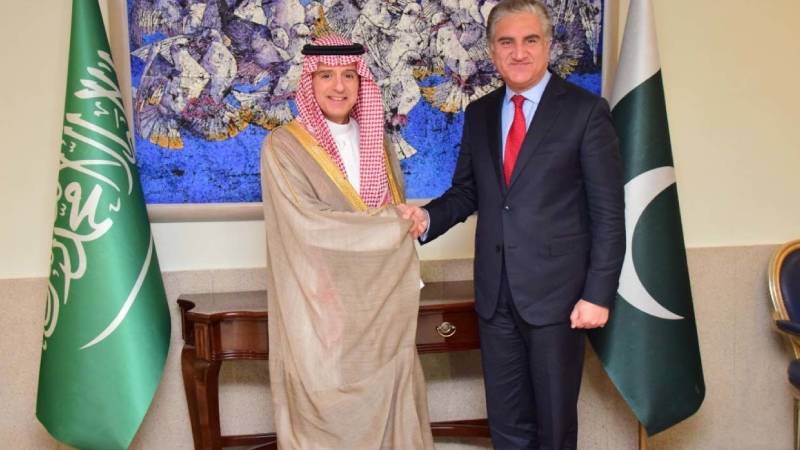 Saudi Arabia has halted the provision of oil on loan for Pakistan after the Imran Khan government threatened to split the Organization of Islamic Countries (OIC) over Kashmir.

Hit by a severe economic crisis, Pakistan had borrowed a $6.2 billion loan from Saudi Arabia in 2018.

The loan package included a provision under which Saudi Arabia granted Pakistan $3.2 billion worth of oil, a year on deferred payments.

Pakistani media on Saturday said that the provision meant for Islamabad expired two months ago and has not been renewed by Riyadh.

Instead, Islamabad has prematurely returned $1 billion Saudi loan, four months ahead of repayment period,  as per reports.

Recently Pakistan's Foreign Minister Shah Mehmood Qureshi during a talk show on a news channel had threatened that if the OIC headed by Saudi Arabia did not convene a foreign ministers' meeting on Kashmir, Prime Minister Imran Khan would hold it on his own with his allies among the Islamic countries.

"If you cannot convene it, then I'll be compelled to ask Prime Minister Imran Khan to call a meeting of the Islamic countries that are ready to stand with us on the issue of Kashmir...," he had threatened on a news channel.

Also Read:  Did Kozhikode Airport authorities know its tabletop runway was unsafe for landing yet still ignore it?

The OIC, the biggest bloc of Islamic countries in the world, has repeatedly declined Islamabad's several requests to hold a meeting on Indian Kashmir -- a region which Pakistan Army attempted to invade four times in the last seven decades and where it has been waging a proxy war against India for last three decades.

Since August 2019 when India revoked special status of the Jammu and Kashmir state and brought it directly under the control of the Central government by bifurcating it into two Union Territories, the Imran Khan government has been seeking support of the 57-member OIC over the issue in Pakistan's favour.

One of the major reasons for OIC's lack of support for Pakistan has been Riyadh's displeasure with Islamabad's proximity with Turkey's President Recep Tayyip Erdogan who nurtures the ambition of replacing Saudi Arabia as leader of all the Sunni Islamic countries.

Get the latest update about India, check out more about True Scoop News, Oil, Kashmir & Loan