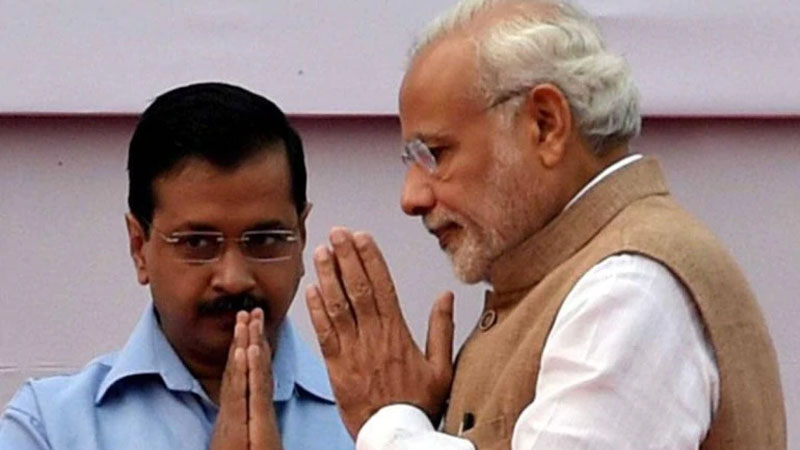 Kejriwal took matter onto twitter, replied on Fawad Hussain's ridiculing remarks on PM modi, said "Narendra Modi Ji is India's Prime Minister. He is also my Prime Minister. Delhi elections are an internal matter for India and we will not tolerate interference of the biggest organiser of terrorism in this."

The Aam Aadmi Party (AAP) chief also said, "No matter how Pakistan tries, they can do no harm to India's unity."

Reacting to PM Modi's recent comment that India can defeat Pakistan in a war within a week's time, Fawad Hussain said, "People of India must defeat #Modimadness. Under pressure to lose another State Elections (Delhi on Feb 8th), he resorts to ridiculous claims and threats endangering Region, Mr Modi has lost balance after internal and external reaction to Kashmir, Citizenship laws and failing economy (sic)". 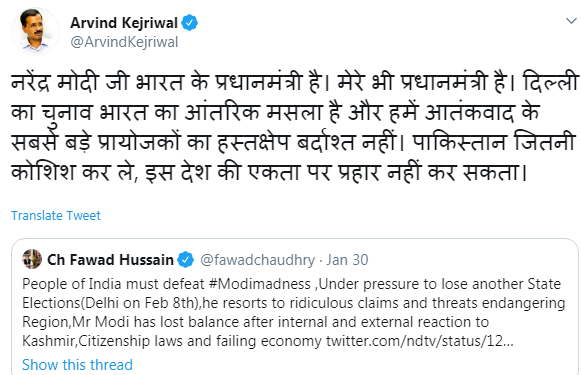 Kejriwal has launched himself in an ardent defence of PM Modi against the Pakistani minister for the first time ever over Delhi Elections.

This comes even as PM Modi and Kejriwal have been at loggerheads over the campaigning during Delhi elections where the BJP has pitched PM Modi as the party's face against AAP.

Delhi elections on February 8 will witness a high-voltage contest between the incumbent AAP and BJP, which had barely won 3 seats in the previous assembly elections in 2015.