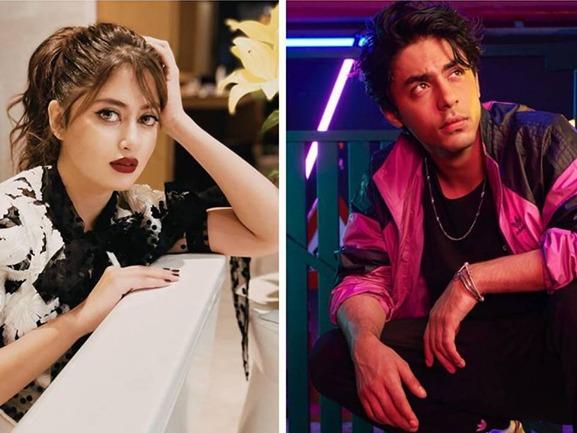 Bollywood actor Shah Rukh Khan's son Aryan Khan often hits the headline be it for good reason or bad. Despite being away from the movie line (til now), Aryan Khan gets followed by paparazzi everywhere. It will be not wrong to say that Aryan Khan has moved on in his life after he was released from jail on bail. Aryan Khan was arrested by the NCB from a luxury Mumbai cruise in a drugs case. Ever since his release, Aryan Khan keeps on hitting the headline and is widely followed by his female fans. Now, a Pakistani actress Sajal Ali has given her heart to Shah Rukh Khan's son Aryan Khan.

Sajal Ali recently took to her Instagram handle and shared a photo of Aryan Khan on her story with a heart emoji suggesting she might be having a crush on Shah Rukh Khan's son. Interestingly, Sajal used SRK's song 'Hawayein' in the background while sharing the picture of Aryan Khan. In the shared picture, Aryan can be seen wearing a white t-shirt while enjoying the golden hour. 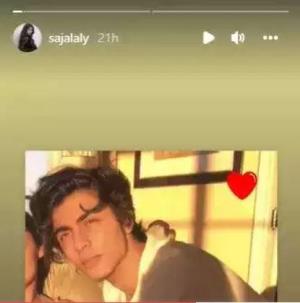 For the unversed, the Pakistani actress Sajal Ali first hit the headlines when she appeared in 'Mom' with the late actress Sridevi in 2017. Sajal had played the role of Sridevi daughter's role. Meanwhile, the Pakistani actress recently made her debut at Toronto Film Festival 2022. She took to her Instagram handle and shared pictures with director Shekhar Kapur, Shabana Azmi and posted a long note.

She wrote, "My debut outing at TIFF was an absolute dream and fills my heart with immense gratitude. This would not have been possible without @khanjemima & @shekharkapurI am beyond overwhelmed by the love, appreciation. And above all, I am extremely humbled to have had an opportunity to represent Pakistan on the world stage. Thank you, Toronto it has been an absolute honour. I hope to see you again soon. Special thanks to my family and close friends for always being there for me.:

Coming to Aryan Khan, his gesture at Mumbai Airport is currently going viral on social media. Aryan received a red rose from a fan at the airport and he later greeted the person with a salaam. As soon as the video was shared by the Bollywood paparazzi Viral Bhayani, it went viral in no time. Aryan's Salam and walk was compared to his father Shah Rukh Khan.