Pakistani boat seized by BSF from Sutlej, just 50 Kms away from PM’s Convoy

The Centre has constituted a committee to probe the serious security lapse. 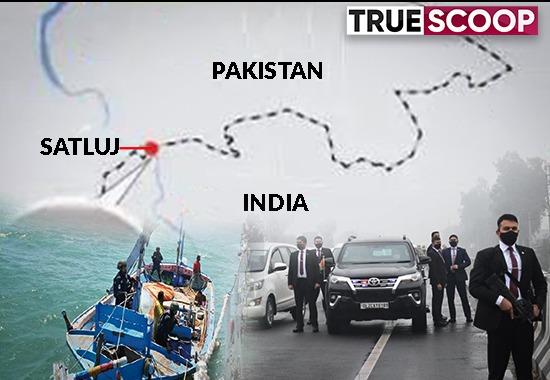 A Pakistani boat has been recovered by BSF just 50 kilometers away from the place where PM Modi’s convoy was trapped. The boat was empty at the time of recovery.
Security agencies have started an investigation. It is not certain when the boat came here. The issue of lapse in their security has become a matter of national debate. 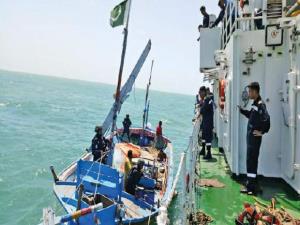 BSF forces have started searching the nearby areas. According to sources, a Pakistani boat could have arrived to supply drugs and weapons in India. Many times drones have been spotted near the border areas.
Earlier in 2018, the same kind of boat has been found. The High-Level Investigation Committee is looking into this matter. In this committee, the Security Secretary of the Ministry of Home Affairs Sudhir Kumar, Joint Director of IB Balbir Singh and IG of SPG S. Suresh has been included.
Ferozpur border is a sensitive area. PM Modi was stopped by the mob 50 kilometers away from the India-Pakistan border and recently a tiffin-bomb was recovered from the same area. This has raised a question on the security arrangements done by the Channi government and Punjab Police.
Also read: Security Breach: New video of PM’s convoy surfaced on social media
As Prime Minister was forced to return without addressing the rally Ministry of Home Affairs (MHA) in a statement alleged that there was a "major lapse in the security of PM," and that it is "taking cognizance of this serious security lapse" and has asked for a thorough report from the state government. "State Government has also been asked to fix responsibility for this lapse and take strict action," MHA added.
The Centre has constituted a committee to probe the serious lapse in the security arrangements of Prime Minister Narendra Modi during his visit to Ferozepur.