On her Instagram story, she also posted a romantic edited video in which Pakistani fast bowler Naseem Shah was seen Author : Samriti Bharadwaj 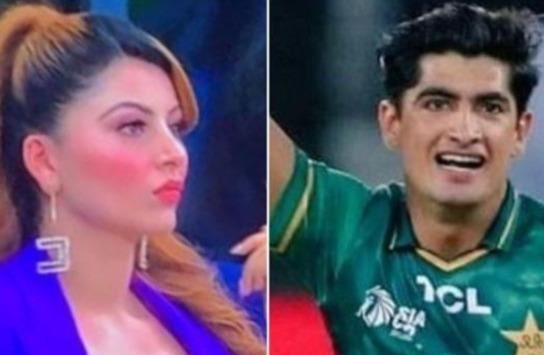 For the past few days, news stories have focused on Bollywood actress Urvashi Rautela, who made a presence in the stadium during the Asia Cup 2022. On August 28, she was spotted watching India vs Pakistan match at the Dubai International Stadium.

On her Instagram story, she also posted a romantic edited video in which Pakistani fast bowler Naseem Shah was seen, and as a result, she got trolled.

Following the IND vs. PAK match, Urvashi posted a fan-made video to Instagram with Naseem and herself smiling in various frames while a Bollywood song was playing in the background.

In a recent media interview, when a reporter asked about the Bollywood actress, Naseem smiled and responded that his attention is solely focused on the game.

“Smile toh aapke question pe aa rha hai. I don’t know who Urvashi Rautela is. I only focus on my match. People usually send me videos but I have no idea. I have nothing special in me but I thank people who come to watch cricket and give a lot of respect," said the Pakistani cricketer.

Apart from Urvashi, another actress Surbhi Jyoti has also come into the discussion about Naseem Shah. Shortly after writing a heartfelt message for Naseem in a tweet, Surbhi's post became popular on social media. The Pakistani media has also consistently reported Surbhi Jyoti's tweet. Surbhi Jyoti is the actress in the famous TV serial Naagin.