Panjshir insurgents have not only killed 300 Taliban but also taken many captives. 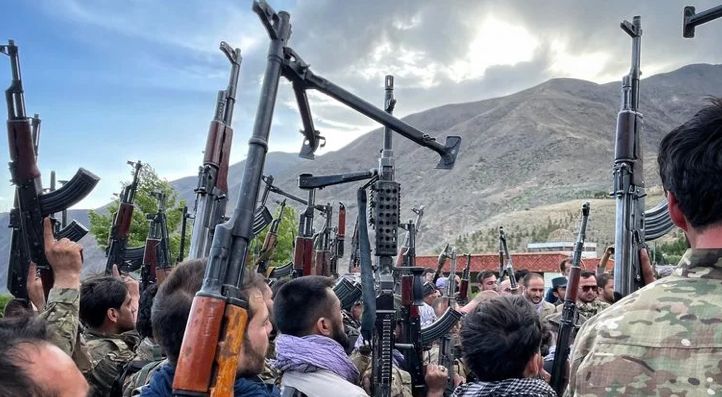 Taliban may have captured Kabul, but there is an area in Afghanistan where its dream of occupation has never been fulfilled, neither 20 years ago nor now. After the capture of Kabul, Taliban fighters are now moving towards the insurgent stronghold of Panjshir Valley, but in the meantime they have suffered a setback. It is reported that Panjshir rebels ambushed and killed 300 Taliban.

The region is located 150 kilometres northeast of the capital Kabul, and hosts some senior members of the ousted government, like the deposed Vice President Amrullah Saleh, ex-Defence Minister Bismillah Mohammadi and National Resistance Front's Ahmad Massoud.

Panjshir insurgents have not only killed 300 Taliban but also taken many captives.

According to information, the Taliban had sent hundreds of fighters to attack Panjshir under the leadership of Qari Fasihud Din Hafizullah, but they were attacked by insurgents of Panjshir who were ambushed in Andrab Valley of Baglan province. 300 Taliban fighters are reported to have been killed in this attack. Due to this the supply route of Taliban has also been blocked.

Amrullah Saleh has vowed to not bow before the Taliban, and has declared himself as the caretaker president since Ashraf Ghani fled Afghanistan. "Talibs have massed forces near the entrance of Panjshir a day after they got trapped in ambush zones of neighboring Andarab valley & hardly went out in one piece. Meanwhile Salang highway is closed by the forces of the Resistance. "There are terrains to be avoided". See you," he tweeted on Monday.

Also read: Taliban mentality prevails in Maharashtra: 7 people were tied and beaten up in the middle of crossroads

Ever since the Taliban took control of Afghanistan, rebel fighters have started gathering in the Panjshir Valley. It is being told that the highest number of these are soldiers of the Afghan National Army. The group is led by Ahmed Masood, the son of former Mujahideen commander Ahmed Shah Masood, who was in chief of the Northern Alliance. He is accompanied by a contingent of former Vice President Amrullah Saleh and former governor of Balkh province.