The SSP said that the police have written a letter to the district administration to cancel the firearms license of the criminals. 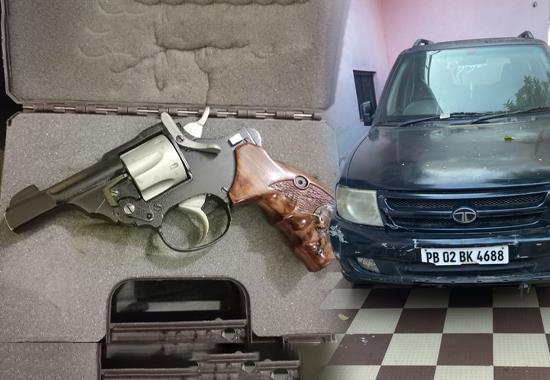 As part of the state government's major drive to ban public display of weapons and songs promoting gun culture, the Pathankot police have booked three persons for violating government orders by displaying gun culture on social media. A case has been registered.

The alert social media team has found a video of the above criminals displaying weapons on Instagram for violating the Punjab government's statewide ban on public display of weapons on social media. Acting immediately, the police team registered a case against them at Shahpurkandi police station, Pathankot and seized two .32 bore revolvers and the Safari car seen in the video.

During interrogation, the accused told that the weapon belongs to them and they have confessed to the crime. He was constantly posting videos of Asle with Punjabi songs on his Instagram account.

SSP Khakh said that as per the guidelines of Punjab Government and Hon'ble DGP Punjab Shri Gaurav Yadav IPS there is complete ban on songs and activities displaying arms in public or social media. He also said that those who violate the rules will not be spared.

The SSP said that the police has written a letter to the district administration to cancel the firearms license of the criminals.