The minister has assured them to address their genuine demands soon after which the Patwar Union has immediately called off their strike in his presence at Circuit House in Patiala on Monday evening. 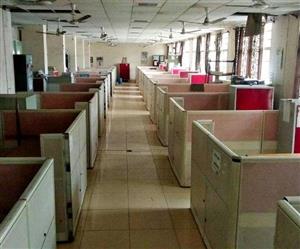 Following the intervention of Punjab Revenue, Rehabilitation and Disaster Management Minister Bram Shanker Jimpa, on Monday, the protesting Patwaris have decided to end their strike at once across the state.
The Cabinet Minister held a meeting with members of the Revenue Kanungo Association and the Revenue Patwar Union to listen to their demands.
The minister has assured them to address their genuine demands soon after which the Patwar Union has immediately called off their strike in his presence at Circuit House in Patiala on Monday evening.
MLAs including Chetan Singh Jauramajra, Harmeet Singh Pathanmajra and Gurlal Ghanaur, and State Secretary of AAP Gagandeep Chadha, ACS-cum-FCR Anurag Agarwal, Secretary Revenue Manvesh Singh Sidhu, Deputy Commissioner Patiala Sakshi Sawhney and SSP Deepak Pareek were also present in the meeting.
Earlier, the Revenue Minister said that on the directions of the Chief Minister Bhagwant Mann, he came here to hold a meeting with agitating employees to resolve their grievances. He also thanked the Patwar Union leaders for calling off the strike in larger public interest.
He informed that the state government has accepted the demand of the union and the Investigating Officer in the vigilance case registered against Patwari Didar Singh of Malerkotla district would be transferred. The Minister further said that remaining genuine demands of Patwaris would also be addressed soon by the government.
Replying to a media query on delay in accepting protesting Patwaris demand, the Cabinet Minister Bram Shanker Jimpa said that Patwaris were infuriated with successive governments but now AAP government is working tirelessly under the leadership of CM Mann to bring change and transform the system for betterment of employees and citizens of Punjab.
He said that the functioning of AAP government in first 50 days and the extraordinary decisions taken for welfare of Punjabis is a testimony of it.
He further said that 1090 Patwaris recruited by the SSS Board will be sent for training soon. Apart from this, alternative arrangements would be made to further smoothen the working of Patwaris in the state including hiring of retired Patwaris, besides making permanent arrangements for the sitting of Patwaris.
Replying to a query on the issue of corruption, the Revenue Minister categorically reiterated firm commitment of the Chief Minister Bhagwant Mann led Punjab government to provide clean & transparent governance adding that there is no space for any corrupt practices and an operation has been launched to eradicate this dreadful disease from the state.