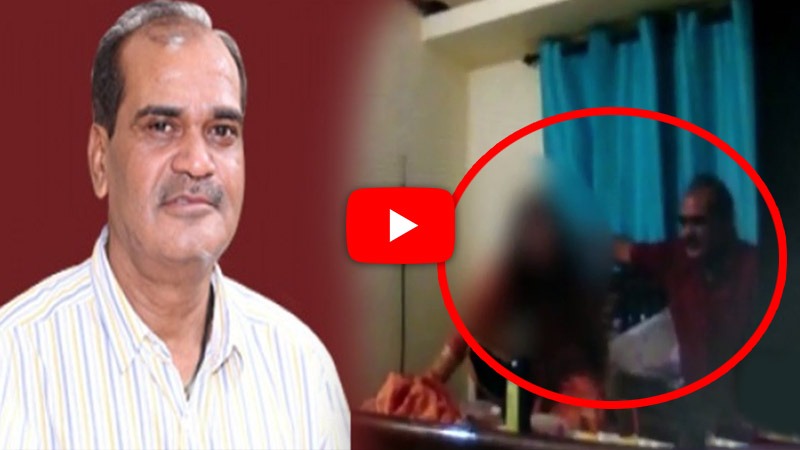 The honeytrap case in Madhya Pradesh involving top politicians, bureaucrats and journalists in Madhya Pradesh, Additional Chief Secretary of the state government PC Meena has now written a letter to the state chief secretary seeking an appointment with him so that he could explain his side of the story.

It may be recalled that PC Meena’s sex video went viral on social media about six months back after a local newspaper reported about the existence of the same.

In his letter, Meena has denied paying any extortion money to the honeytrap gang thus trying to falsify the chargesheet that was filed by the state CID in the human trafficking case recently.

The chargesheet filed by the CID states that I paid Rs 20 lakh to the honey trap gang through journalist Virendra Sharma which is not true, Meena wrote in his letter.

When my alleged video went viral on social media about six months back I wrote to the home secretary seeking an investigation into the whole matter. This did not affect me but now my name figures in the chargesheet saying I paid extortion money through Virendra Sharma which is not true, Meena wrote in his letter.

It may be recalled that the CID in its chargesheet in a human trafficking case had attached the statement of one of the accused in the honey trap case Monika Yadav in which she had alleged that journalist Virendra Sharma had negotiated a deal with PC Meena and Rs 20 lakh was distributed from his flat in the Dana Pani area in Bhopal.

While Monika Yadav is one of the five women arrested in the honey trap case in which they tried to blackmail an Indore city engineer Harbhajan Singh after recording his sex video, her father Hira Lal Yadav is a complainant in the human trafficking case. Hira Lal Yadav in his complaint had alleged that his daughter was pushed into human trafficking after promising her admission to a good college in Bhopal.

The MP police in September last year had busted the honeytrap gang that is alleged yo have trapped several top politicians and bureaucrats after discretely recording their sexual escapades.