On Tuesday also, the price of diesel and petrol was increased by 80 paise per litre. 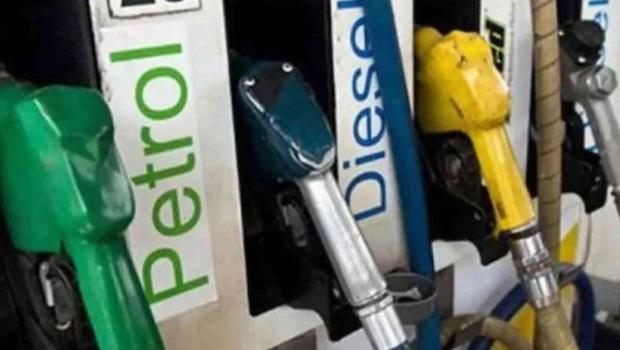 As soon as the elections are over in five states, the process of increasing oil prices has started. Oil companies have raised prices for the second consecutive day.  Today, petrol in Delhi will now cost ₹97.01 per liter as against ₹96.21 previously while diesel rates have gone up from ₹88.27 per liter to ₹86.67, according to a price notification of state-owned fuel retailers.
Mumbaikars will have to pay Rs 111.67 for one liter of petrol and Rs 95.85 for diesel. At the same time, petrol in Chennai is getting costlier by 75 paise and is being sold at Rs 102.91 per liter. The price of diesel is Rs 92.95. The residents of Kolkata will have to spend Rs 106.34 for a liter of petrol and Rs 91.42 for a liter of diesel.
On Tuesday also, the price of diesel and petrol was increased by 80 paise per liter. At the same time, the price of domestic LPG cylinders was also increased by Rs 50.
India is 85 percent dependent on imports to meet its oil needs.
Due to rising crude oil prices in the international market due to the Russia-Ukraine war, oil companies are under pressure to increase the prices of petrol and diesel. In such a situation, in the coming days, petrol and diesel can be expensive by up to Rs 20 per liter.
Also read: Staggered petrol hike expected as crude still above $125
Indian Oil Corporation, Bharat Petroleum Corporation and Hindustan Petroleum Corporation - the three big state-run companies - dominate fuel retailing and tend to move their prices together.