In 1954, a frosty and delightfully creamy concoction of pineapple, rum, and coconut cream – Piña Colada, was created. On July 10, Piña Colada Day is celebrated in the USA to enjoy the authentic flavors of Piña Colada drink (poured into the hurricane glass). 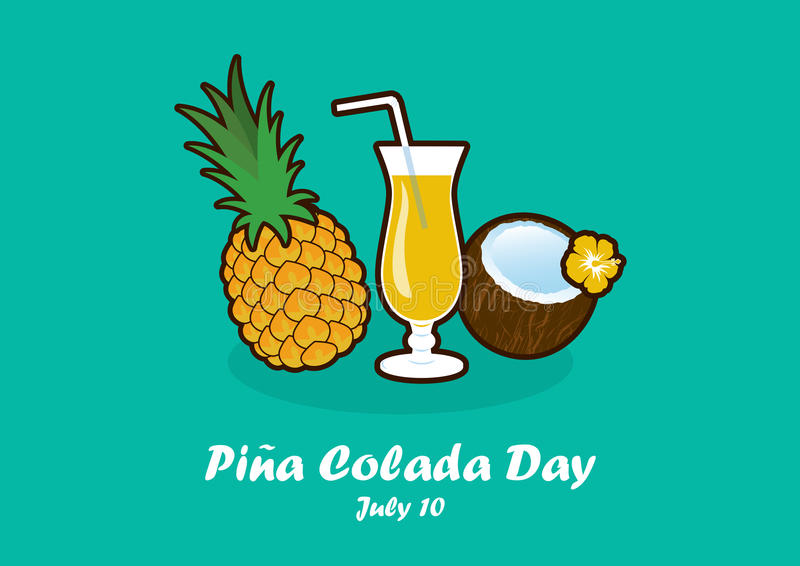 A frosty, creamy and delicious drink with pineapple, rum and coconut cream was created in Puerto Rico in 1954. Every year, July 10 is celebrated as National Piña Colada Day in the USA.

It is believed that during the 19th-century piña colada was originated by pirate Roberto Cofresi and in 1954 was first served at Caribe Hilton Beachcomber Bar in Puerto Rico. At that time, two bartenders had fought over the right to claim this drink as their own.

Soon its popularity increased and in 1978 it was declared as the “National Drink” of Puerto Rico.

Why National Piña Colada Day is loved by Americans, Here’s the answer!

1.) In 2010, the world’s largest Piña Colada was created with the help of cement mixture. The estimated quantity of drink was 310 litres.

2.) Rupert Holmes’ song put the drink on the map and the rest is history.

3.) This easy on taste buds drink is not so easy on the waistline. Piña Colada can have calories up to 650 calories.

4.) When blue curacao is added to the traditional drink, it becomes the most famous version of the drink.