The little girl seen in the picture, along with her family, has escaped from the clutches of the Taliban and reached the European country of Belgium safely. Following her family, the girl is seen jumping with joy after arriving in Brussels 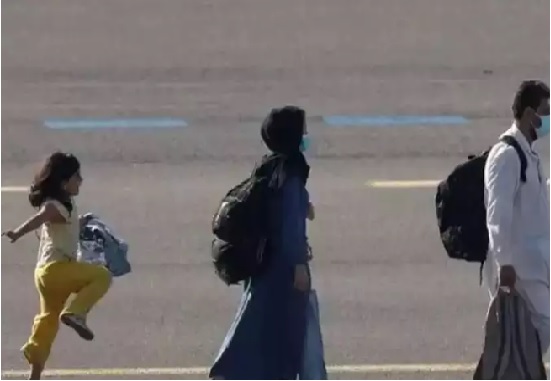 Shocking pictures are pouring in from Kabul every day after the Taliban take over Brussels, Afghanistan. Somewhere, because of the fear of the Taliban, people handing over innocent people to American soldiers and some people were victims of suicide attacks. Most of the countries of the world are engaged in evacuating their citizens from Afghanistan, there are many who are also giving shelter to the civilians of war-torn Afghanistan. A picture of one such refugee girl is becoming very viral these days.

Photo was taken at Belgium airport:-

Actually, the little girl seen in the picture along with her family has come out of the clutches of the Taliban and reached the safe European country of Belgium. Following her family, the girl is seen jumping with joy after arriving in Brussels. After which social media users are calling it the best picture of the year. This photo was taken inside the airport.

Former Belgian PM Shares Image The picture clicked by Reuters photographer Johanna Geron at Melsbroek military airport has also been shared by former Belgian Prime Minister Guy Verhofstadt. She wrote in the caption that this is what happens when you protect refugees...Welcome to Belgium, the little girl! 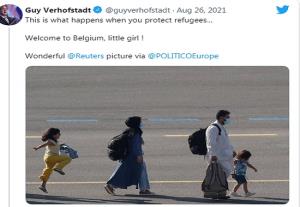 Seeing the best picture of the century, this picture soon became viral. Many people have shared this beautiful picture with comments. People have expressed hope that these children will have a better future in Belgium. On the other hand, the situation in Afghanistan is getting worse day by day. People are facing a shortage of money. The situation is such that people are making arrangements for food by selling the goods of their homes on the sidewalk.