Lala Lajpat Rai is one of those freedom fighters who fought and played an important role in the Indian Independence Movement. He is remembered for his participation during the Swadeshi movement and his advocacy of education.
Affectionately called “Punjab Kesari” was born in 1865 and was also a part of the Lal-Bal-Pal trio. After he got hurt in a baton charge ordered by the superintendent of police James A. Scott. Rai was leading a non-violent march in protest against the Simon Commission which was organised to report on the political situation in India. The commission had not included a single Indian that erupted into a nationwide protest.
Lala Lajpat Rai took his last breath on November 17, 1928, He pioneered the formation of the Punjab National Bank. From studying in Lahore to being a pillar of nationalism in India, Rai had donned himself into many forms.
Also read: PM to unveil hologram statue of Netaji Bose at India Gate
On his birth anniversary, PM Modi pays tribute to him. He took to Twitter and posted, 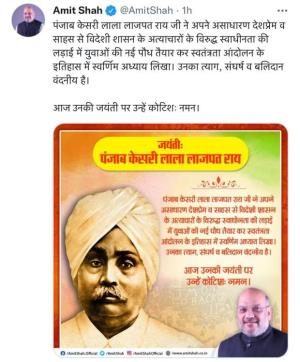 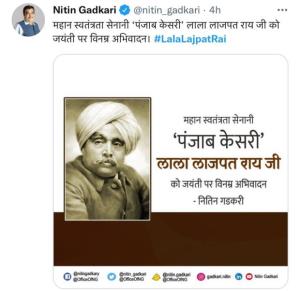 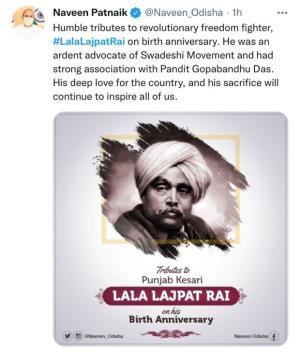 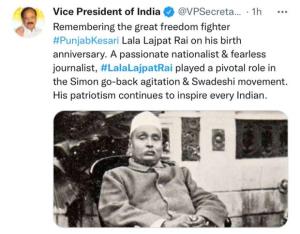