The Prime Minister also said that Rs 2 lakh would be given to the next of kin of the deceased persons while those who suffered serious injuries will get Rs 50,000 each 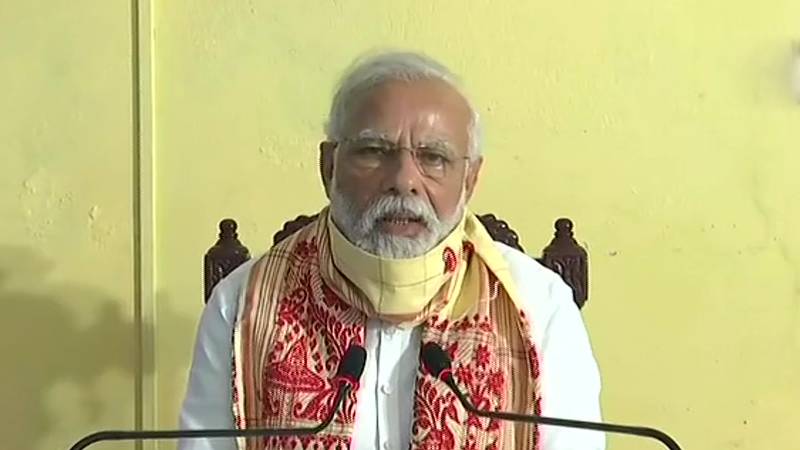 After conducting an aerial survey of the cyclone-hit areas of West Bengal on Friday, Prime Minister Narendra Modi announced a Rs 1,000 crore relief package for the state, saying the nation stood with Bengal in this hour of crisis.
"I assure my brothers and sisters of West Bengal that the entire country stands with you in these difficult times," Modi said.
The Prime Minister also said that Rs 2 lakh would be given to the next of kin of the deceased persons while those who suffered serious injuries will get Rs 50,000 each.
Severe cyclone Amphan made its landfall in West Bengal on Wednesday afternoon and caused severe damages in various parts of the state with a wind speed ranging from 155 kmph to 185 kmph, accompanied by heavy rainfall. At least 80 people have lost their lives due to the cyclone, as per sources.
Modi said that a Central team will be sent to the state soon to conduct a detailed survey of the damages caused by Amphan, adding that all aspects related to rehabilitation and reconstruction will be addressed. "We all want West Bengal to move ahead," he said.
Also Read: India keeps deported Al Qaeda terrorist Mohammed Ibrahim Zubair in quarantine centre in Amritsar
Earlier, as the Prime Minister landed in Bengal to take stock of the trail of destruction left behind by the severe cyclonic storm, Chief Minister Mamata Banerjee and Governor Jagdeep Dhankhar came to receive him along with the senior state BJP leadership.
Modi and Banerjee then together conducted an aerial survey of the areas affected by Amphan, said to be the strongest super cyclone to have made a landfall in the Bay of Bengal area since 1999. They flew over the areas which have been submerged in water due to incessant rainfall.
On Thursday, Banerjee had said, "I would request Prime Minister Narendra Modi to come and visit the affected areas," adding that she had never witnessed such a severe cyclone in her entire life.
Earlier, the Prime Minister had tweeted: "Have been seeing visuals from West Bengal on the devastation caused by Cyclone Amphan. In this challenging hour, the entire nation stands in solidarity with West Bengal. Praying for the well-being of the people of the state. Efforts are on to ensure normalcy."
Modi will now take off for Odisha, which has also been badly hit by the cyclone.
PM Modi PM Modi Amphan PM Modi Relief Package For Bengal PM Modi Package For Amphan National News English News True Scoop News