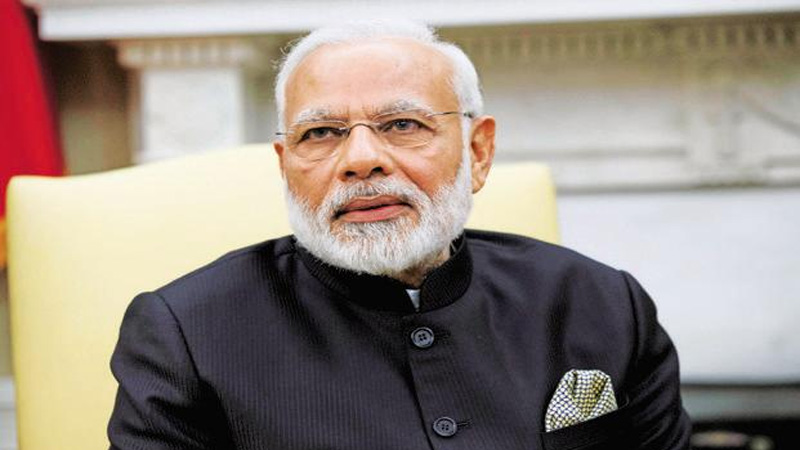 DMK parliamentarian Dayanidhi Maran sought to know "the details of the current protectees under the Central Reserve Police Force (CRPF) and the Special Protection Group (SPG) in the country."

Minister of State for Home G Kishan Reddy, in a response said currently, the SPG protects only one person, however, the name of protectee was not identifiable, namely, PM Modi. Also, MoS did not provide with the deatils of CRPF protectees and the VIPs whose security cover has been changed in 2014. However, Maran, has sought to know about them citing 'security reasons.'

The MoS Home Reddy informed the Lok Sabha on Tuesday said 56 prominent people are under the security cover of CRPF.

Due to the latest budgetary allocation, the entire matter has received wider attention. The latest allocation made for the SPG includes, 3,000 strong force of special commandos, Rs 592.55 crore for 2020-21, showing an increase of about 10 per cent.

However, the hike came after the amended SPG Act of last year, stating the elite force will only take responsibility of four VIPs. The other three were Gandhis-Congress president Sonia Gandhi along-with her children Rahul Gandhi and Priyanka Gandhi Vadra.

In 2019, the budgetary allocation for four SPG protectees was Rs 540.16 crore. The allocation led to per capita cost of security cover at Rs 135 crore, demonstrating average protection cost for four VIPs-PM Modi and other three Gandhis- was Rs 135 crore. However, now it becomes clear that for this year, the per capita cost of SPG cover increases by almost 3.40 per cent.

SPG, aftermath of the assassination of then Prime Minsiter Indira Gandhi. Rajiv Gandhi was serving as the Prime Minster of the nation at the time. To protect PM and his family members, special force was introduced.

The SPG budget continued to grow all this while. In 2014-15, when Modi led-BJP government came into power it almost doubled. SPG was allocated Rs 289 crore which increased to Rs 330 crore in 2015-16.

In the 2019-20 budgetary allocation for SPG a sharp spike was notable. In 2018-19, it was Rs 385 crore and now it is Rs 535 crore. It was an election year which meant all the four SPG protectees of the time - PM Modi, Sonia Gandhi, Rahul Gandhi and Priyanka Gandhi - were likely to undertake extensive tour of the country, which added much to the SPG bill.

Reddy, in his response told Parliament, "Security is provided on the basis of threat assessment by central security agency. It is subject to periodic review. Based on such review, the security cover is continued or modified."

The amended SPG Act says the elite force is responsible for the security of the serving prime minister and the immediate family staying at PM's official residence, and the former prime minister and the immediate family for a period of five years since leaving the Prime Minister's Office. As Narendra Modi is in the power for more than five years, his predecessor Manmohan Singh is no longer entitled to SPG cover.

Get the latest update about Hike In Budgetary Allocation To SPG, check out more about Costs A Crore For A Day, PM Modi Security Cover, Special Protection Group & True Scoop