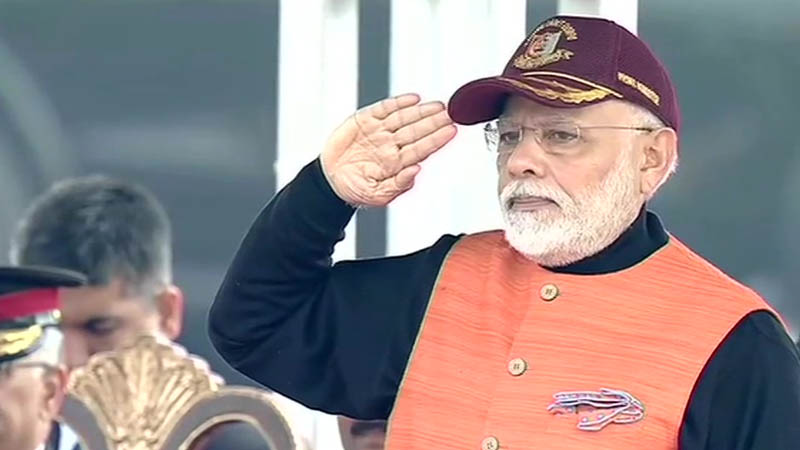 Prime Minister Narendra Modi on Tuesday targeted the previous Congress-led governments while defending the amendment of citizenship laws. Speaking at the NCC Rally in New Delhi, PM Modi said CAA was brought by the government to correct "historical injustice" done to persecuted refugees.

While Speaking at the National Cadet Corps (NCC) event, PM Modi said, "Those who are fear-mongering on CAA refuse to see the persecution of religious minorities in Pakistan. Shouldn't we help the persecuted? Some time back a Pakistan Army advert came out in which it was clearly written that only Non-Muslims should apply for sanitation workers post."

Speaking at the Annual Prime Minister's NCC Rally 2020, Modi also spoke on Jammu and Kashmir and the Army's fight against Pakistan. Speaking on Kashmir, PM Modi slammed the Mufti and Abdullah families that have ruled the state for decades.

PM Modi said the problem in Jammu and Kashmir persisted since Independence and some families and political parties kept issues in the region "alive", as a result of which terrorism thrived there.

He said the present government has been trying to solve decades-old problems plaguing the country. Slamming Pakistan, the prime minister said the neighbouring country has lost three wars, but continues to wage proxy wars against India.

Pointing out the achievements of the government, the PM referred to the Bodo agreement, Triple Talaq, abrogation of Section 370 in Jammu and Kashmir among them.