Navjot Mahal replaced Satinder Singh, who has been now transferred to Jalandhar Rural as SSP. 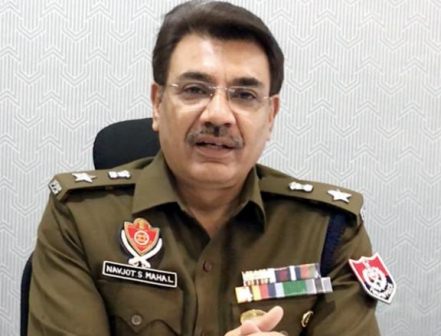 After Chief Minister Charanjit Singh Channi assumed office on Sept 20, hectic parleys are on at the state Congress over new postings, transfers and administrative reshuffle.

In another such development, Punjab government on Saturday shifted Mohali SSP Satinder Singh to Jalandhar (rural) while posting Navjot Singh Mahal in his place.

A Punjab Police Service (PPS) officer, Navjot Mahal is the nephew of Congress minister Tript Rajinder Singh Bajwa. Earlier, Mahal was removed from post of SSP Hoshiarpur by Capt Amarinder-led-Congress government. He was then posted as Commandant of the 7th Battalion, PAP, Jalandhar and was also holding additional charge of AIG, Special task force, Jalandhar.

It was after reports of tussle between Capt Amarinder and Tript Rajinder Bajwa, Mahal was posted at PAP, however, with Channi taking over as CM, Navjot Mahal has once again returned to field as SSP Mohali.

Navjot Mahal replaced Satinder Singh, who has been now transferred to Jalandhar Rural as SSP. Satinder’s transfer comes a year after he joined as SSP on Sept 29, 2020.

Not only this, Channi-led-Congress government ever since it took charge, has made several changes in the bureaucracy. Punjab’s chief secretary, DGP and among other key officials have been changed.