Ankit's body was found in a drain near his home in northeast Delhi's Chand Bagh area on February 27, a day after he went missing 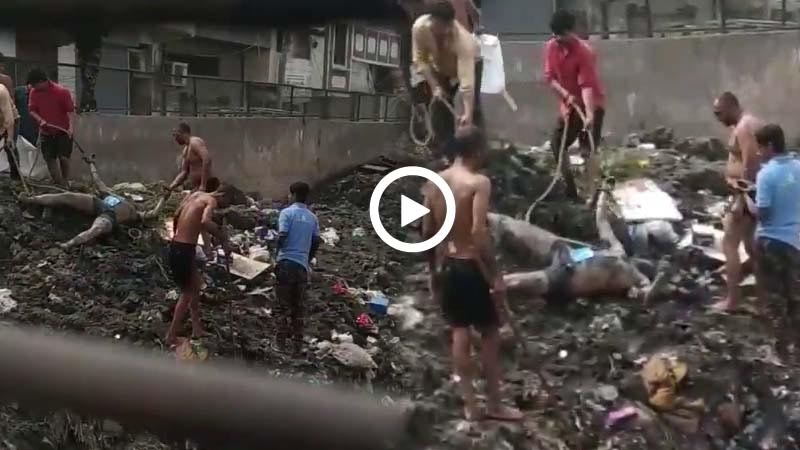 Intelligence Bureau (IB) staffer Ankit Sharma, who was killed in recent riots in the national capital, died in shock due to haemorrhage caused by grievous injury inflicted on lung and brain, his post-mortem report stated.

Ankit's body was found in a drain near his home in northeast Delhi's Chand Bagh area on February 27, a day after he went missing. The post-mortem report accessed by IANS revealed there were 51 injuries on his body and that they were "fresh before the death."

"Cause of death: Shock due to haemorrhage due to injury to lung and brain," the report signed by Dr. Arvind Kumar, Dr. K.K. Banerjee and Dr. S.K. Verma, stated. Other injuries were caused either by a sharp weapon, heavy cutting weapon or a blunt force.

The forensic experts have stated that all the injuries were "sufficient to cause death in ordinary course of nature both independently and collectively". As per the report, the post-mortem was conducted in GTB Hospital "about two days since the death" of the IB staffer.

Suspended AAP councillor Tahir Hussain and a man named Salman alias Haseen is in the eye of the storm for their alleged involvement in Ankit's murder. The AAP councillor was arrested on charges of murder, destruction of evidence and abduction on a complaint filed by deceased's father.

He, along with the other accused, is currently in the custody of police and are likely to be confronted with each other soon. On March 13, the investigating officer (IO) Amaleshwar Rai told the court that several thousand people in the mob need to be identified in connection with the killing.