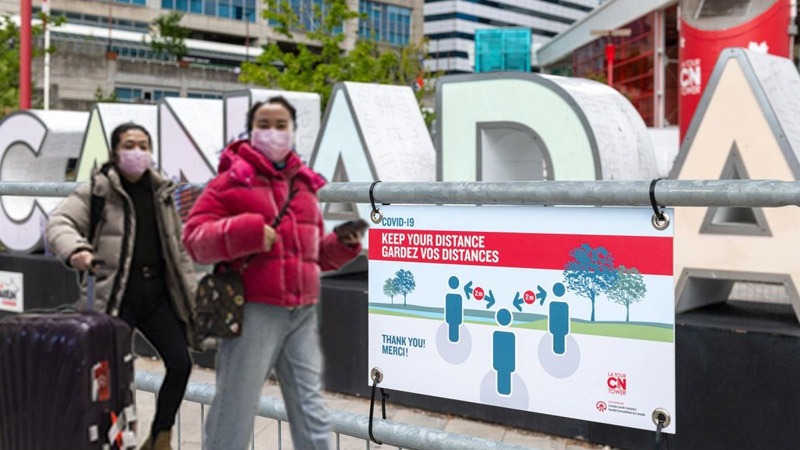 Canada’s international travel restrictions, in place to prevent the spread of coronavirus, have been extended by another month, to October 31, 2020.

The decision was made via a federal government Order in Council, published on September 28. The existing travel restrictions, in place since March, had been due to expire on September 30.

It means that the restrictions due to COVID-19 will have been in place for at least seven months. With a second wave of the pandemic currently hitting many parts of the country, it is likely the restrictions will be further extended.

The Order in Council notes that “no reasonable alternatives to prevent the introduction or spread of the disease are available.”

The restrictions cover travelers arriving from a foreign country other than the United States. The travel ban affecting the Canada-U.S. border is covered by a separate agreement, that currently expires on October 21, 2020.

The following people can currently travel to Canada:

3. International students who held a valid study permit, or had been approved for a study permit, on March 18, 2020, who are travelling for non-optional and non-      discretionary reasons.

4. Permanent resident applicants who had been approved for permanent residence before the travel restrictions were announced on March 18, 2020, but who had not yet travelled to Canada.

6. Anyone else covered by exemptions listed by Immigration, Refugees and Citizenship Canada.

Anyone entering Canada is still required to quarantine for 14 days on arrival and provide CBSA officers with a viable quarantine plan. Canada immigration numbers dropped off in July, halting the recovery seen since the start of the coronavirus crisis.

The latest federal government figures show 13,645 new permanent residents were admitted during the month, nearly 30 percent down on the 19,180 admissions in June.

July’s figures are also dramatically down on the same month of 2019 when 36,615 new permanent residents were admitted.

New ‘arrivals’ can either be candidates already in Canada transitioning from a temporary status, or those from overseas who were approved before March 18 .Figures for the first seven months of the year show Canada has now fallen well behind its target of 341,000 new permanent resident arrivals in 2020.

Quebec, which has had more virus deaths than 40 US states, is an epicenter of the problem. The province has about 5,000 active cases, a 71% jump from the beginning of August, and is on the verge of closing bars and restaurants again in its two biggest cities, Montreal and Quebec City. Hospitalizations went up 26% in six days.

Ontario, the largest province with 14.7 million people, reported 700 new cases Monday, the most ever in a day, though it’s also testing far more people than it was in spring. A group of hospitals called on Premier Doug Ford’s government to revert to stricter “stage two” measures in Toronto and Ottawa, which would mean restricting or closing indoor businesses such as gyms, movie theaters and restaurants.