Presidential Poll 2022: Draupadi Murmu vs Yashwant Singh; All you need to know 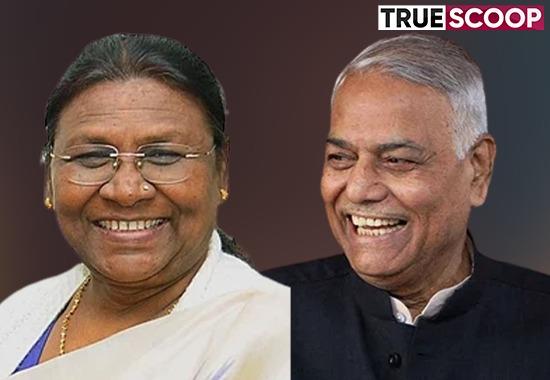 Presidential Election 2022 News: The Bharatiya Janata Party has made former Jharkhand governor Draupadi Murmu its presidential candidate. Draupadi Murmu, 64, had a birthday yesterday i.e. on June 20. If she is elected president, she will be the country's first tribal president, while the second woman president of the country. The presidential election will be held on 18 July.
Draupadi Murmu, who belongs to the tribal society, has been the governor of Jharkhand for six years and a month. Draupadi Murmu is known for her easy-going nature. She has also been an MLA from Odisha. She was born in the Mayurbhanj district of Odisha. She has also been a minister in the BJP and BJD coalition government in Odisha.
On the other hand, Yashwant Sinha has been a Member of Parliament from Jharkhand. He has also been an officer of the Indian Administrative Service. Yashwant Sinha, who has turned 84, found a place in the opposition camp and has made him its joint candidate in the presidential election. He has been made a candidate at a time when it was believed that his political journey was on the way to its end.
Also Read: Who is Draupadi Murmu? Why BJP choose her as a Presidential candidate, Her family background & more
The Bihar-born and Bihar-cadre IAS officer left the administrative service in 1984 and joined the Janata Party. Janata Party leader Chandrashekhar liked him and considered him capable and forthright. He won the Lok Sabha elections from Hazaribagh in 1998 and was the finance minister in the government till 2002 and later became the foreign minister.
What is the math of Murmu's victory?
In fact, in the presidential election, NDA cannot win only based on its votes. It has 5,26,420 votes. Whereas 5,39,420 votes are needed for victory. In this way, she has a shortfall of about 13,000 votes. Odisha Chief Minister and BJD chief Naveen Patnaik announced his support as soon as the NDA announced Draupadi Murmu's candidature for the President. In this way, his 31,000 votes went to the account of NDA.
Apart from this, NDA is also likely to get the support of the YSR Congress, who has 43,000 votes. It will not be possible for Jharkhand Mukti Morcha, which is doing politics in the name of tribals, to oppose Murmu, who also has around 20,000 votes. In this way, Draupadi Murmu is seen winning the presidential election by about 80,000 votes.