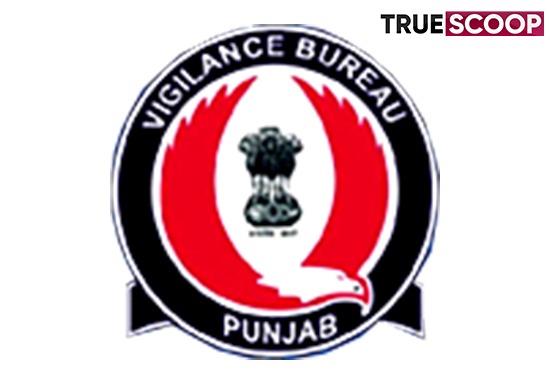 — VIGILANCE BUREAU ARRESTS IAS OFFICER SANJAY POPLI, HIS AIDE FOR DEMANDING 1% COMMISSION AS BRIBE
— DEMANDED BRIBE OF RS 7 LAKH TO CLEAR TENDER OF SEWERAGE PIPELINE FOR Rs 7.30 CRORES, RECEIVED 3.5 LAKHS
— COMPLAINANT LODGES COMPLAINT ON ANTI-CORRUPTION HELPLINE, SUBMITS VIDEO EVIDENCE WITH VB
CHANDIGARH, June 21:
With Chief Minister Bhagwant Mann-led Punjab Government having adopted zero-tolerance against corruption, the Punjab Vigilance Bureau has arrested Indian Administrative Service (IAS) officer Sanjay Popli for allegedly demanding a 1% commission as a bribe for clearance of tenders for laying of sewerage pipeline at Nawanshahr. His accomplice identified as Sandeep Wats has also been rounded up from Jalandhar.
Complainant Sanjay Kumar of Karnal in Haryana, who is a government contractor with a firm under the name of Dikhadala Cooperative Society Limited, in his complaint lodged via Anti-Corruption Helpline said that Sanjay Popli, IAS, during his posting as Chief Executive Officer (CEO) Punjab Water Supply and Sewerage Board in connivance with his Assistant Secretary Sandeep Wats had demanded bribe to clear the tender for Rs 7.30 crores.
The Complainant said that on January 12, 2022, he had received a call on his Whatsapp from Sandeep Wats to demand a bribe of Rs 7 lakh (1% of Rs 7 crores project) for tender allotment on behalf of Sanjay Popli. Scared, he drew Rs 3.5 lakh from his PNB account and handed it over to Sandeep Wats in a car at Sector-20, Chandigarh, he said, adding that after receiving the amount Sandeep Wats had called Sanjay Popli on his Whatsapp number regarding having received the payment and also took Rs 5000 for himself.
However, the complainant had refused to give the remaining Rs 3.5 lakh being demanded by Sandeep Wats repeatedly on behalf of Sanjay Popli. The complainant had also made a video recording of the entire conversation and submitted it to the Vigilance Bureau.
Official Spokesperson of Vigilance Bureau said that based on the statement of Sanjay Kumar as well as the video evidence submitted by him, a case has been registered against IAS officer Sanjay Popli and Sandeep Wats for demanding a bribe of @1% for allotment of tender and receiving Rs 3.5 lakh as such.
Meanwhile, after taking charge as the Chief Minister, Bhagwant Mann launched the anti-corruption helpline number 9501200200 and appealed to the people of Punjab to share complaints pertaining to corruption via WhatsApp so that the state could be made corruption-free. Since the launch of the helpline number of prominent people including State Health Minister Vijay Singla, former Congress Minister Sadhu Singh Dharamsot, and former Congress MLA Joginder Pal has been arrested on corruption charges.