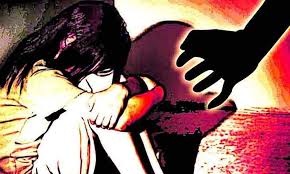 The Ludhiana police claims to have solved the rape case of a seven-year-old girl, with the arrest of a 13-year-old boy, who happens to be the brother of the victim. As the boy is also a minor, the police have withheld his identity.

As per information, the development came a day after the mother of the victim alleged the incident took place at a private school in Aman Nagar, Salem Tabri, and held school authorities accountable. However, as per Police reports, the real brother of the victim is only the main accused.

Meanwhile, the report of the police has not gone well with the parents of the victim as they alleged that police is deliberately implicating the victim's brother. Besides, the kin of the girl, along with hundreds of people on Thursday held a protest on the national highway and blocked the service lane on the highway for four to six hours, demanding action against the school and a fair probe into the matter.

Ludhiana Police Commissioner (CP) Rakesh Agrawal, informed that he investigation was led by Additional DCP 1 Pragya Jain in coordination with the Salem Tabri police, and after investigating the case from various angles, she identified the victim’s brother as the main culprit. He said they also checked the CCTV footage of the school, but found nothing suspicious.

He said that the girl’s statement was recorded under Section 164 of the CrPC in court and the girl has alleged that she was sexually assaulted by her brother at their home while he was watching Crime Petrol.

He said after the medical examination and psychological counseling of the girl, the police have registered a case under Section 376 of the IPC, 4 of POCSO Act and arrested the minor boy, who is in juvenile custody.

Get the latest update about Brother Arrested, check out more about Ludhiana, Special, Analysis & Behind The Scenes news