Angry prisoner abuses and spits on Police officials. Gets beaten in van

As per reports, the prisoner was angry as he was deprived of eating homemade food 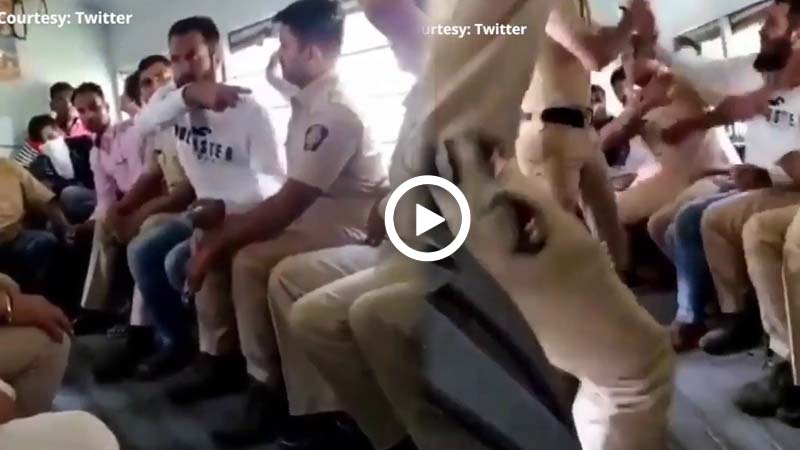 A video of Maharashtra has been creating a buzz on social media in which a prisoner was filmed abusing and spitting on cops. As per reports, the prisoner was angry as he was deprived of eating homemade food. The situation became uncontrollable when he finally spit at the police. He was then thrashed by the cops inside the van.

Also Read: BJP leader Kapil Mishra after being threatened to his life receives Y+ security, MHA has no knowlegde