Priyanka Chopra has posted pictures of Holi celebrations on her Instagram, which is quite beautiful. In the pictures, her face is covered with gulal and she is smiling. 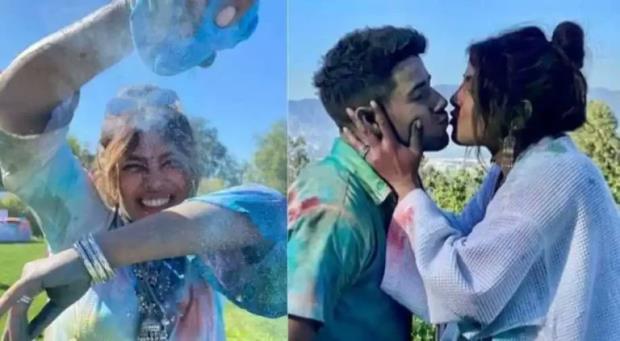