Priyanka Chopra’s appeal to the world leaders on the Ukraine crisis, says-We can’t just stand by and watch 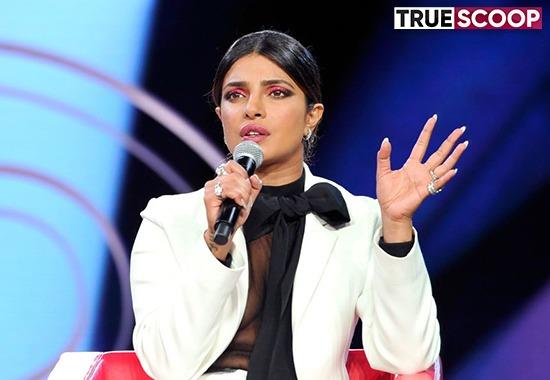 Actress Priyanka Chopra who is always known for her strong opinions once again came on the front foot. This time she is appealing to the world leaders to help Ukraine in the crisis. She shared a video on her Instagram appealing to the big leaders around the world to support Ukraine.
She said that this is the biggest refugee crisis to date. In her video, she said, “World leaders, this is a direct appeal to you. We need you to answer the call from the activists and advocates working to support the humanitarian and refugee crisis we are watching every day in Eastern Europe. We need you to take immediate action to help this place people from Ukraine and all around the world.”

She further said, “To give you context, in total two million children have been forced to leave everything behind in search of safety in neighboring countries. Together with the 2.5 million children internally displaced inside Ukraine. It’s one of the fastest largest displacements of children since World War 2. These numbers are staggering. So much trauma for so many young lives which will forever be carved into their minds.”

Also read:   Tejasswi Prakash spotted with Karan Kundrra on 'Dance Deewane Juniors'
She said that this is the largest refugee crisis we have seen as human beings. In the caption of her post she wrote, “World leaders, we need you to stand up for refugees around the WORLD to ensure that they get the support they need now.
We can’t just stand by and watch. it’s gone on too long!”