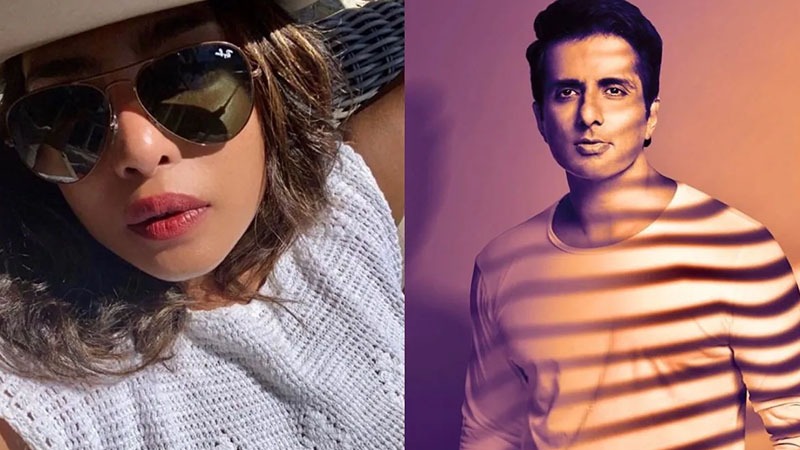 Priyanka Chopra took to social media to congratulate Sonu Sood after he was honoured with SDG Special Humanitarian Award by the United Nations Development Programme (UNDP). Sonu Sood has become a real-life hero and being called the 'messiah' for helping lakhs of migrants reach their homes during the Coronavirus pandemic.

Priyanka took to her Twitter handle and wrote, “Congratulations @SonuSood. So well deserved! You continue to do God’s work and it’s so inspiring to see. Thank you for all that you do.”

A virtual ceremony was held on September 29, where Sonu Sood was bestowed with the award. This prestigious award was given to Sonu for his selfless help and support he's been doing from sending migrants to their homes and bringing back stranded students from across the globe.

He has been providing free education, study materials, medical facilities to children and also started creating employment opportunities for the needy in pandemic situations. Sonu expressed his happiness over receiving the award and said he will always be in front to support UNDP in its endeavours. "This is a rare honour. UN recognition is very special. I have done whatever little I have done, in my own humble way, for my fellow countrymen without any expectations. However, to be recognised and awarded feels good,” he said.

He further added, "I fully support the UNDP in its endeavours to achieve the SDGs by 2030. Planet Earth and mankind will greatly benefit from the implementation of these goals."

Sonu Sood with this prestigious award has joined the list of people like Priyanka, Angelina Jolie, David Beckham, Leonardo DiCaprio, Emma Watson, Liam Neeson, Cate Blanchett, Antonio Banderas, Nicole Kidman who have been similarly honoured by different UN bodies. His fans were also very happy and congratulated him in their own ways.