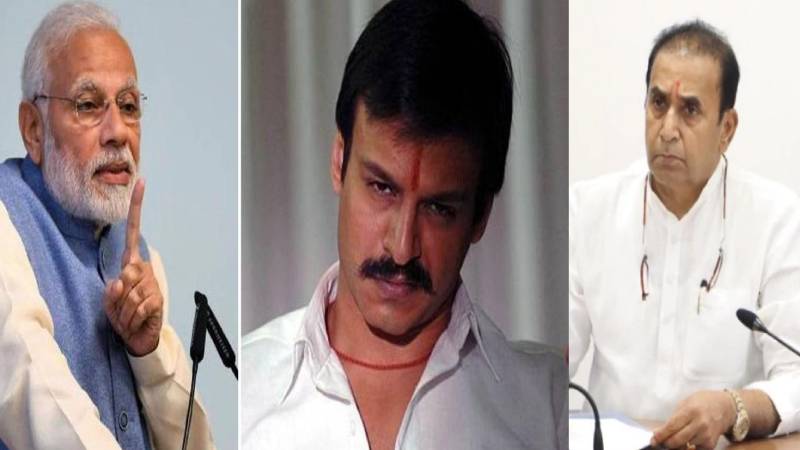 Upping the ante on the alleged Bollywood drugs nexus with some Bharatiya Janata Party activists, Maharashtra Home Minister Anil Deshmukh on Friday said if the Narcotics Control Bureau doesn't probe the matter, then the Mumbai Police will investigate.

He gave the assurance to a Congress delegation led by its state spokesperson Sachin Sawant which met him to renew its plea in the matter.

Deshmukh issued directions to Mumbai Police Commissioner Param Bir Singh to follow up with the NCB Deputy Director in the matter on priority and informed the Congress delegation that if NCB doesn't respond, the city police will itself investigate the matter.

Addressing the media, Sawant, along with Raju Waghmare and Ratnakar Singh said that it was "a destined coincidence" that actor Bollywood Vivek Oberoi's house was raided by Karnataka Police the same day the biopic "PM Narendra Modi" was re-released.

"Bollywood actor Sushant Singh Rajput's case was investigated by three central agencies, but nothing came out. The NCB probe into the drugs angle was conducted only to mislead the people but that too was reduced to a farce," he said.

Sawant claimed that Oberoi had close ties with the BJP, and has been the party's star campaigner in the past, and now the actor's Mumbai home was raided by Bengaluru police who are on the lookout for his absconding brother-in-law Aditya Alva.

"We have already submitted to the NCB all details pertaining to the BJP-Bollywood drugs nexus six weeks ago. Even BJP leader Subramaniam Swamy has made a similar demand to probe the role of the biopic producer Sandeep Ssingha but there has been no action. It appears there is a lot of pressure on these agencies," he alleged.

There has been no response from the NCB on the Maharashtra government's request of August 31, and the fresh reminder (October 16) asking it to probe the BJP-Bollywood-drugs nexus, but the Congress has made it clear it will not rest till the truth in the matter is revealed.