The former staffer of the Supreme Court, who accused former Chief Justice of India Ranjan Gogoi of sexual harassment, was also a target in the phone hacking case. 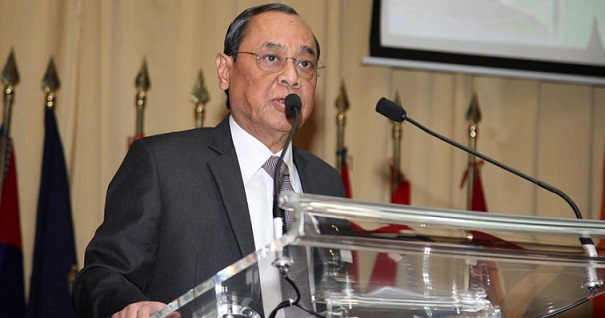 More facts and information are getting disclosed related to project Pegasus. The former staffer of the Supreme Court, who accused former Chief Justice of India Ranjan Gogoi of sexual harassment, was also a target in the phone hacking case.

The Wire confirm that three phone numbers belonging to the Supreme Court staffer who accused former Chief Justice of India Ranjan Gogoi of sexual harassment in April 2019 were selected as potential targets for surveillance by an unidentified Indian agency that is a customer of the Israel-based-NSO Group.

The report also stated that the phones of Congress leader Rahul Gandhi and election strategist Prashant Kishor were also hacked through Israeli spyware. This has been revealed in the next part of the report released by The Wire on Sunday night. After this report came to the fore, Congress demanded an independent inquiry into the entire matter in Parliament. The party has also demanded the resignation of Home Minister Amit Shah.

The staffer, whose name we are withholding, was dismissed from service in December 2018, weeks after she says she rebuffed the judge’s advances. She recorded her allegations in a sworn affidavit on April 20, 2019 and was marked as a person of interest just days after this, an analysis of a leaked list of phone numbers accessed by French media non-profit Forbidden Stories reveals.

The leaked records show that eight other phone numbers belonging to her husband and two of his brothers were also marked as possible candidates for surveillance in the same week, when her allegations against the CJI were first reported.

In total, about 11 numbers associated with the complainant and her family were selected. This makes them the largest cluster of associated phone numbers in India.

Also read: Explained: What is Pegasus spyware, how it works & can it read Whatsapp messages?

Her presence in the list, and the timing of her selection, suggest that the reason she and her family became persons of interest is because she went public with serious allegations against the sitting chief justice of India.

Her selection also underlines the point privacy advocates have been making for some time: that the use of highly intrusive and illegal means of surveillance has become routine in situations for which there is not even a remote ‘public emergency’ or ‘national security’ alibi.